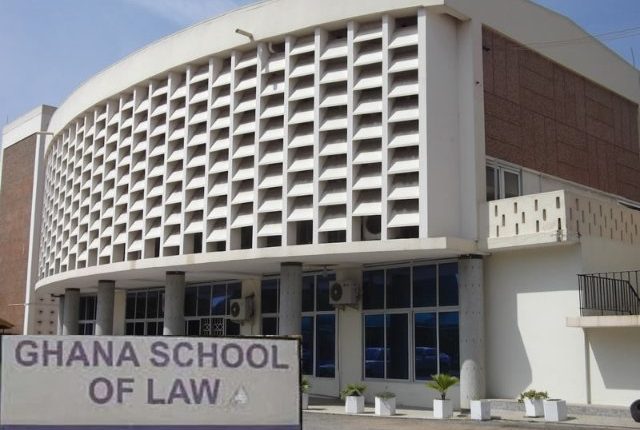 Some LLB graduates who wrote the recent Law School admission exams are demanding that the paper be cancelled over reports of massive leakage ahead of the examination held last Friday, July 27, 2018.

The disgruntled students have accused the Independent Examination Body (IEB) of giving out the examination questions to some of the candidates to learn and later reproduce in the exam hall.

“We’re asking the General Legal Council, Chief Justice, the Attorney General and the President to cancel this paper and dissolve that so called Independent Examination Body. I want to pursue a higher level of education in law only for me to be presented with BECE answer sheet for me to shade ABCDE on it. It’s so demeaning,” Spokesperson for the students Yaa Asantewaa Opoku said.

Meanwhile, a Ghanaian US-based law lecturer, Prof. Stephen Kwaku Asara who has been fighting the General Legal Council over the entrance exams has called for the immediate dissolution of the Council, the body that regulates legal profession and education in Ghana following allegations of leaked exams papers.

“Dissolve the GLC immediately; Cancel the leaked examination that should not have been held in the first place” – Prof. Asara said in a statement.

He was hopeful the “elected leaders” of Ghana will now “muster some courage to speak about the massive leakage in the so-called law school entrance examination”.

Prof. Asare dragged the General Legal Council to the Supreme Court saying that the entrance exams is illegal. The apex court ruled in his favor last year and gave the Council 6months to cancel the exams or back it by law.

However, the GLC is yet to meet the recommendations of the Supreme Court and yet went ahead to conduct the “illegal entrance exams” last Friday, July 27, 2018 after the same Supreme Court had dismissed an injunction that was brought before it by the same plaintiff, Prof. Asare that sought to restrain the Council from conducting the exams.

Hopefully, this time our elected leaders will muster some courage to speak about the massive leakage in the so-called law school entrance examination.

And let us hope, for once, that poor students will not be called upon to be sacrificed for the ineptitude of the GLC and its so-called Independent Examination Board.

I propose the following:

1. Dissolve the GLC immediately;
2. Cancel the leaked examination that should not have been held in the first place;
3. Allow all students to take their professional courses in their Faculties, online or with private schools;
4. Administer a “leak proof” qualifying exam to these students using the regular time table (at the end of one year);
5. Set up a Council of Legal Education to regulate the education of law professionals;
6. Each accredited university should have a member on this Council, which will also have representatives from the dead GBA and the Superior Court;
7. Go to Bar exams that text students on applying common law principles (torts, contracts, etc) not bookkeeping and conveyancing as is currently done;
8. Let each LLB holder be eligible to apply for and take the leak proof Bar exam.

It is time for our elected leaders to speak for the 1,800 powerless students rather than silently align with their powerful but incompetent buddies on the GLC.

NDC will cancel Free SHS if they win 2020 – Akufo-Addo