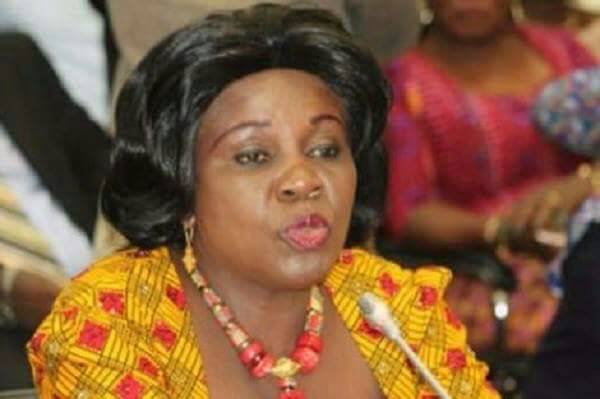 In a press statement CETSED stated that “the  news of the Aviation Minister’s award is refreshing, because earlier this year, a survey by CETSED overwhelmingly endorsed the Aviation Minister as the best Minister for the month of January and subsequently published on numerous news portals. This was after she issued a statement to warn British Airways over the unacceptable and sub-standard service offered to passengers. The caution followed an incident that occurred on a bedbug-infested British Airways plane, bound for the Kotoka International Airport (KIA) from Heathrow.

She hinted that government will take drastic action against the airline if it continues to provide substandard treatment to passengers flying its routes to Ghana.

CETSED is by this piece congratulating the Aviation Minister for the excellent leadership role exhibited and the measurable results shown. It is our hope that this award will motivate and inspire hardworking officials to give off their best”.

The ACCRA WEIZO 2018 awards organized by “theteamafrica” had the primary aim of honoring and celebrating selected personalities based on proven competence and hard work in the aviation industry.

Presenting the award to the Minister, a founding member of ‘theteamafrica’, Ikechi Uko explained that, all aviation ministers in the sub region were selected but only Ghana and Nigeria were shortlisted.

He explained further that the scale for selection was based on the performance of the Ministers in the past twelve months in terms of policy implementation, ease of doing business and policy impact to drive growth of the aviation industry in the respective countries.

He said not only has the Aviation Minister been able to implement some of the things that the ministry set out to do, but has influenced Nigeria to copy certain policies such as the removal of VAT for domestic airlines.

“The Aviation Minister for the past 12 months has served as a big model for other west African countries to follow. We want others in the sub-region to see what Ghana has done and also learn from that”, Ikechi Uko added.