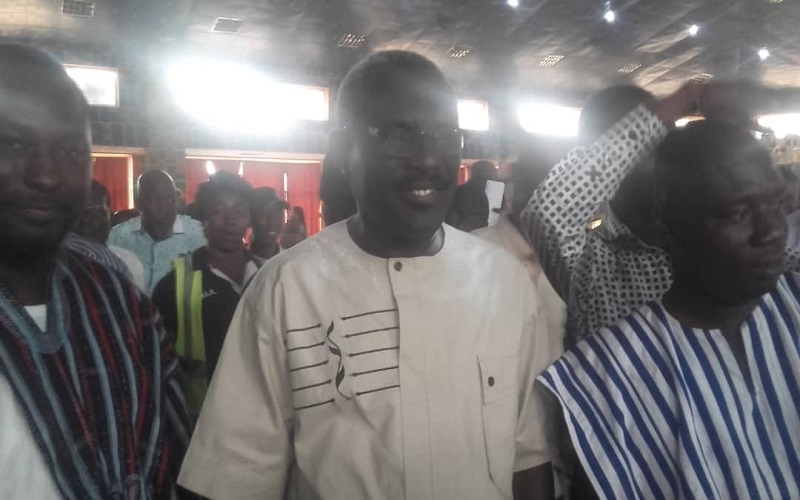 Earlier on before the votes were cast to confirm the nominee, the 13 present assembly members orally guaranteed their pure support to Dr. John Osei Bobie Boahin.
The open show of support by the elected members was satisfactorily reflective in the manner they cast their ballots as none of them voted against the President’s choice.

Ashanti regional Minister Simon Osei Mensah, who chaired the confirmation election commended the Assembly members in Suame constituency for the excellent respect accorded the President of the republic for unanimously confirming this nominee.

“In fact am my highly excited with the kind of support am getting from the four municipal assemblies MCE’s confirmation in Ashanti region. When the president created new Municipal and district’s assemblylies, Ashanti region got 15. Kumasi in particular got 5, four of the them have successfully confirmed the president’s nominees for their respective assembly’s such as Old Tafo Municipality where the nominee garnered 100%, Adansi Asokwa District 97.2%, Asokwa Munipal 100% with Suame also repeating the 100% figure for Dr. John Osei Bobie Boahin”.

He, however, charged the newly confirmed MCE to hit the ground running by collaborating with all stakeholders in the Municipality to map a development path.

Hon. Osei Mensah, cautioned the MCE to be transparent in his work as the and accord the assembly members and government officials in the municipal assembly.

“Now the faith of Suame has been given to you Dr. John Osei Bobie Boahin and the remaining 13 assembly members in the Suame Constituency. Your call mandate is to work hard for Suame Municipality to become a beautiful crime free and business friendly. I expect you to work closely with the assembly members devoid of divide and rule. Never neglect the traditional authorities in the municipality since they are also stakeholders who plays their effective roles as agents of changes”.

The confirmed MCE, Dr Bobie commended the president for having confidents in him lead the newly Suame Municipality.

“I will like to use this opportunity to invite everybody in the constituency to support the assembly with their ideas and other contributions to help as implement the government policies effectively champion the development of Suame” he assured.

Suame, Oforikrom interchanges will be in our 2nd term – Roads Minister