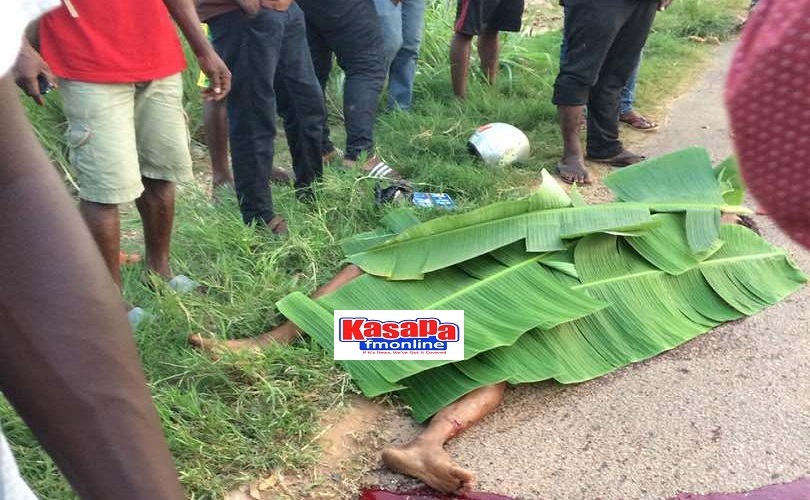 An commercial motorbike rider locally known as Okada and a passenger have been crashed to death at Kyekyewere near Suhum along the Accra to Kumasi Highways.

According to the Ayensuano District Director of the National Disaster Management Organization(NADMO), Joseph Okai Djan who rushed to the scene with his staff, the commercial motorbike rider was crossing the highways towards Coaltar but crashed with a Toyota Highlander Vehicle with registration number GT 9024-11 from Kumasi direction to Accra.

He said the Okada rider and the passenger died at the spot.

Meanwhile, the driver suffered minor injuries after the car somersaulted several times before run into a ditch.

The bodies of the deceased persons, both male have been deposited at the Suhum government morgue.