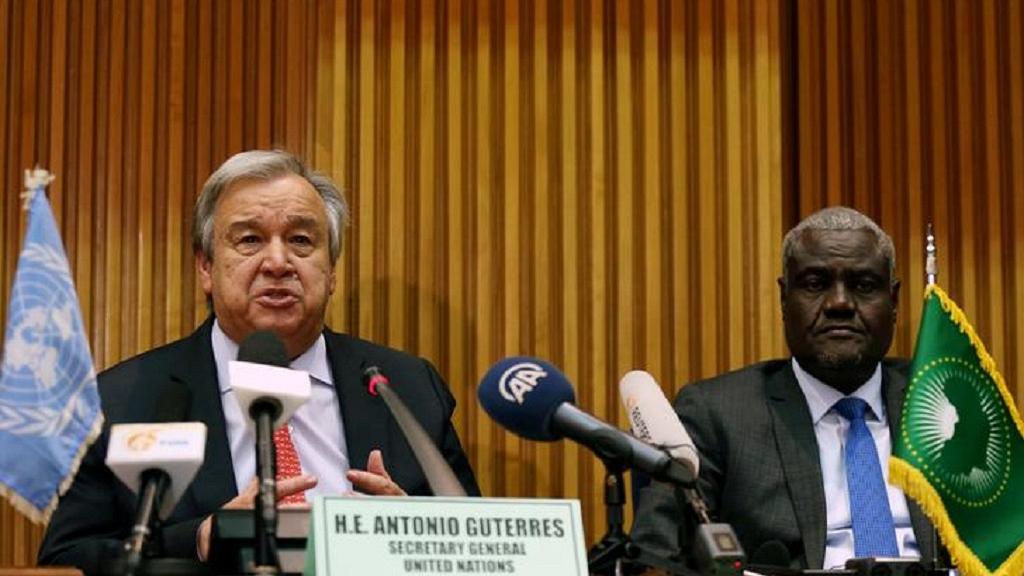 Ethiopia and Eritrea declared their “state of war” over on Monday and agreed to open embassies, develop ports and resume flights, concrete signs of a rapprochement that has swept away two decades of hostility in a matter of weeks.

The announcement promised to end of one of Africa’s most intractable military stand-offs, a conflict that has destabilised the region and seen both governments funnel large parts of their budgets into security and soldiers.

“The people of our region are joined in common purpose,” Ethiopia’s new prime minister Abiy Ahmed said, according to a tweet from his chief of staff, after signing a pact on resuming ties with Eritrean President Isaias Afwerki.

The two agreed to work together on ports, Ethiopian state media said, offering landlocked Ethiopia and its growing economy the prospect of a new route to the Red Sea.

Abiy came to office in April and announced reforms that have turned politics on its head in his nation of 100 million.

With the 41-year-old former intelligence officer at the helm, the ruling coalition has ended a state of emergency, released political prisoners and announced plans to partially open up the economy to foreign investors.

In his boldest move, Abiy offered last month to make peace with Eritrea, 20 years after the neighbours started a border war that killed an estimated 80,000 people. Full-blown fighting had ended by 2000, but their troops have faced off across their disputed frontier ever since.

Abiy also said he would honour all the terms of a peace deal, suggesting he might be ready to settle the border row, particularly over the contested border town of Badme.

On Sunday, he flew to neighbouring Eritrea and embraced Isaias on the airport runway. Thousands of Eritreans came onto the streets to cheer them and the two men danced side by side to traditional music from both countries at a dinner that evening.

The reconciliation was “illustrative of a new wind of hope blowing across Africa,” he told reporters in the African Union headquarters. Sanctions imposed on Eritrea might become obsolete after the deal, he added.

The U.N. imposed penalties including include an arms embargo on Eritrea in 2009, accusing it of supporting Islamist militants in neighbouring Somalia, a charge it denies.

Both sides tweeted summaries of Monday’s agreement and repeated the reference to honouring the boundary decision.

The “State of war that existed between the two countries has come to an end,” Eritrea’s information minister, Yemane Gebremeskel, wrote on Twitter.

Ethiopia’s dollar-denominated bonds rose to their highest in at least 10-weeks on Monday.. The bond has clocked healthy gains for the last three sessions, adding some $3 since Wednesday’s close.

NDC to petition UN for revocation of Akufo Addo’s appointment