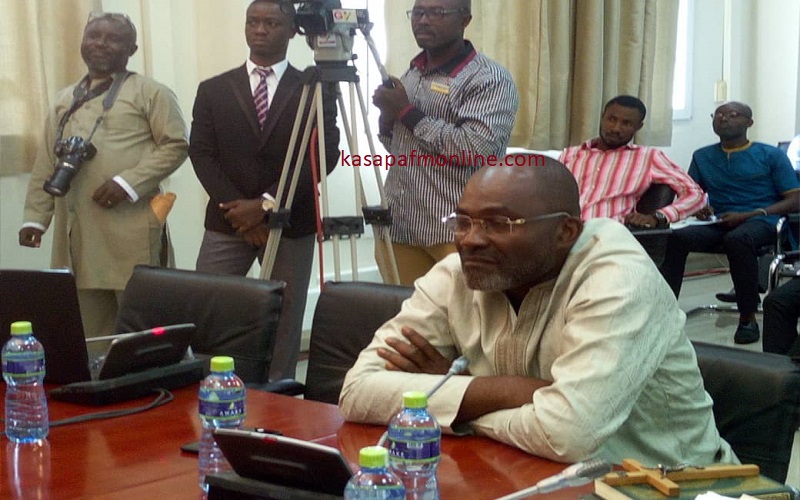 Member of Parliament for Assin Central, Hon. Kennedy Agyapong has rendered an apology to the Parliament of Ghana for describing it as ‘cheap’ without which it wouldn’t have appointed Hon. Osei Kyei-Mensah-Bonsu as its leader.

Appearing before the Privileges Committee of Parliament that is inquiring into his outburst of describing the House as ‘”cheap” and “useless”, the Assin Central lawmaker admits using the “word cheap” to describe the legislature.

However, he said he used the word “cheap” in a context when the Vice-Chairman of the NPP, Ashanti Region, Mr. Senkyere said on Hot FM that if he (Kennedy Agyapong) cannot stand Ana’s 12 video, he should go to Togo.

Further to that, why should he (Kennedy Agyapong) be regarded as an MP.

Nevertheless, he said he was very sorry for using the word “cheap” to describe Parliament.

He rendered the apology when the MP for Ododiodoo, Nii Lantey Vanderpuye asked him whether he still would have used the word “cheap” if given another chance.

He told the Committee that he got furious when nobody saw anything wrong with what Mr. Senkyere said about him.

He further told the Joseph Osei Owusu-led committee that he never used the word “useless” to describe Parliament in all his utterances.

“I never used the word “useless”. You can kill me today and I will never admit saying that word”, he noted.