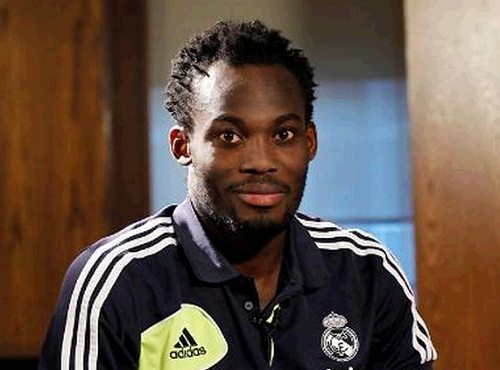 Former Black Star Player and Chelsea Mid-fielder Michael Essien, has said he finds it inappropriate when people say he has always chosen his club football teams over Ghana, his national football team.

In an interview with Serwaa on GHone TV’s Cheers show, the 35-year old former footballer said that, there has been no instance where he had looked back on his country and chosen his football clubs over it.

According to him, he has been playing for the national team from an early age till he decided to retire, therefore, he finds it very inappropriate if people tell him he has ever been unfair to his country.

“People saying I’ve ever chosen my football clubs over Ghana is rubbish, I think. When you look back, I’ve played for Ghana since I was sixteen, I played for under 17, 20, all the categories so it’s very unfair for them to say that. Ghanaians are very quick to judge people. I’ve never turned my back on my country.” He said.

However, he added that, as it stands now he will not say he misses playing for the national team as he would have gladly said years ago.

To him, he has done everything he could have possibly done for the country and therefore he thinks it is time for the others to continue the good work.

Essien noted that saying he does not miss playing for Black Stars has nothing with the scandal about Ghana Football Association which has been circulating lately.

He also added that, playing for Ghana and his club teams has a very huge difference.

“Playing for Ghana and my club teams are not the same at all. Playing for club teams, you’ll get to train with them almost every time but when it comes to playing for the national team, training is only for few weeks and it takes time to get used to it. And to perform well, you also need to know the players well.” He added.

Michael Essien also urged Ghanaians to support the national team because he can see potentials in some young players which can help elevate the team on a different level.