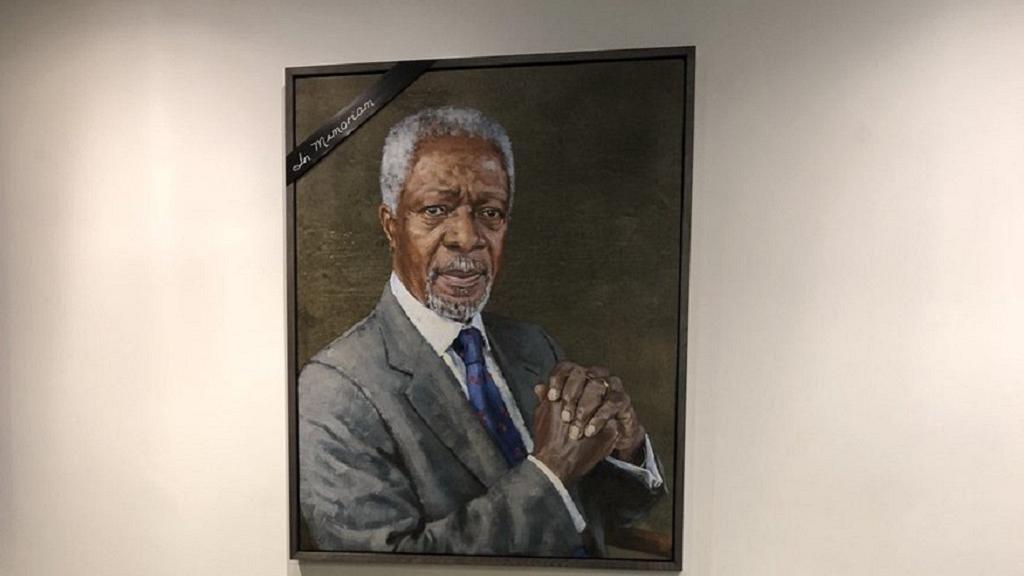 The family of former United Nations Secretary General have published a tribute to the man hailed as a reformer at the global diplomacy outfit.

The piece authored by his son, Kojo, also acknowledged the outpouring of love and support from around the world.

It was published on the website of the Kofi Annan Foundation and produced here below.

On 18 August, the world lost a leader and a statesman: Kofi Atta Annan.

And we lost a brother, a husband, a father, a grandfather, and an uncle – a man of deep conviction who was as committed to instilling the values of fairness, integrity, kindness, and service in each of us, as he was to advocating for peace and human rights around the world.

He was as present with each of us and the family as a whole, as he was with every crisis, every mission, and every intervention.

No major family milestones or celebrations unattended, no matter what was happening in the world.

So while we shared him with the world, we were never poorer for it.

Today, buoyed and comforted by the outpouring of love and support we have received from around the world, we are richer for having shared him with you. Stubborn optimist that he was, he would want us all to look forward with hope, and keep striving to create a freer, fairer, more peaceful world.

Daddy, may you rest in perfect peace knowing the depth of our love for you and gratitude for the tremendous role you played in each of our lives.

– Kojo, on behalf of the Annan family

Key dates in the life of Kofi Attah Annan