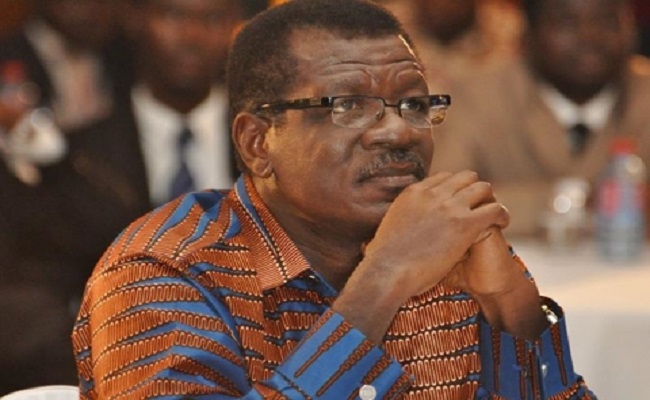 General overseer of the International Central Gospel Church and board Chairman of defunct Capital bank, Dr. Mensa Otabil has said that in the midst of the challenges bedevilling the banking sector, his foremost concern is with is for the well-being of those who lost their jobs.

In a statement he [Mensa Otabil] issued on Tuesday morning, he stated that “My foremost concern, as has been the case over the past year, is for the well-being of those who lost their jobs and those who may have been adversely affected in any way as a result of these developments. My heart goes out to them and to their dependents. I continue to pray for God’s guidance and sustenance as they navigate the course of their lives”.

About 1200 people lost their jobs when Capital bank and UT bank collapsed, out the staggering number, about 400 we understand were absorb by the Ghana Commercial Bank.

Some workers are still battling with the stigmatization of working under a company that collapsed whiles others are said to have passed on.

Exactly a year ago today, two indigenous banks, Capital and UT bank were taken over by the Bank of Ghana over liquidity issues.

Pastor Otabil`s role as the board Chairman of the defunct Capital bank meant he superintended over the collapse of the as asserted by many including financial analyst.

Below is the full statement by Dr. Mensa Otabil

Shalom, peace and life to you.

C/R: 8 illegal miners killed in mine collapse at Denkyira Nkotumso