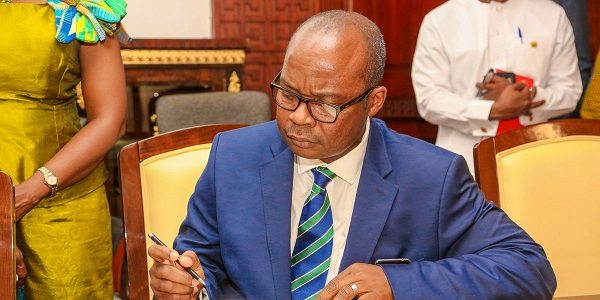 The Christian Council of Ghana has weighed into the crisis at the banking sector calling on the Central Bank to prosecute officials culpable in the scandal.

At least seven banks have been closed down by the regulator(BoG)   for allegedly breaching financial regulations – UT, Capital, Beige, Construction, Sovereign, Royal, uniBank. It recently amalgamated five of the local banks into the Consolidated Bank of Ghana.

Speaking at the Global Evangelical Church’s 2018 Synod, the General Secretary of the Christian Council of Ghana, Cyril Fayose, commended the Governor of the Bank of Ghana, Dr Ernest Addison, for the sweeping reforms and the exposure of corrupt practices in the banking sector.

Additionally, he called on State security institutions to conduct further investigations beyond what the Central Bank has done and prosecute all persons who may be implicated to deter others.

“The Christian Council wants to commend the governor of the Bank of Ghana and his team for exposing the rot in the banking system in Ghana and for actually closing down seven of the banks,” Fayose stated.

He added: “We also want to place on record that all those found culpable in this matter ie staff of BoG or directors of the closed banks should be prosecuted because the amount of money that we hear has gone into bailing out of these banks could be used for a lot of social interventions in this country.”

Meanwhile the Bank of Ghana has said it has presented the names of persons responsible for the collapse of the five banks to the Economic and Organized Crime Office (EOCO) for investigations as the new receiver starts work.

Gov’t must come clean on the national cathedral – Christian Council