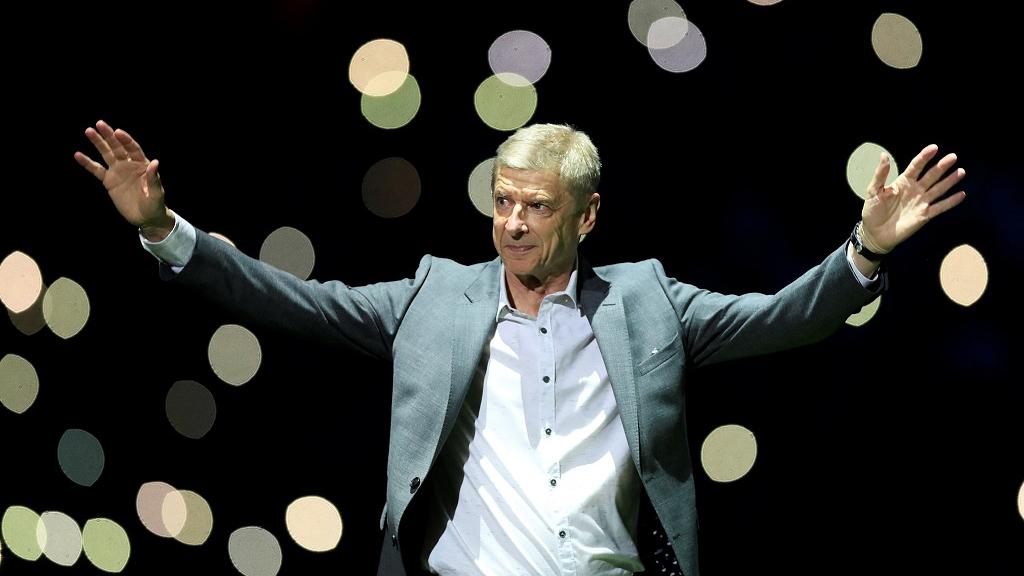 As the debate rages on in Liberia over president George Weah’s decision to award the country’s highest honor to his former coaches Arsene Wenger and Claude LeRoy, fans in the capital Monrovia on Thursday enthusiastically welcomed the former Arsenal coach on Thursday.

Wenger, who was signed by Wenger in 1988 when he coached French side Monaco, was given a hero’s welcome by Liberians including a local Arsenal Club.

Arsene Wenger in Liberia with a baby named after him. Amazing photo. pic.twitter.com/sZdnYGvMGK

Wenger will be inducted into the country’s Order of Distinction and be given the title of Knight Grand Commander of the Humane Order of African Redemption.

The current coach of the Togolese national team, Claude Le Roy, will also get a national honour on Friday.

He coached Cameroon in 1988 and recommended that Wenger should sign George Weah, who was playing for Cameroonian side Tonnerre Yaoundé at the time.

Weah went on to play for AC Milan, Paris St Germain and Chelsea. In 1995 he was named World Footballer of the Year and won the Ballon d’Or, still the only African to win either award.

Some Liberians have expressed their disappointment with the hon,our being bestowed upon Wenger, arguing that his contribution is to Weah in his individual capacity, and not deserving of a national honour.

Arsene Wenger actually deserves all the love that he's getting from George Weah in Liberia.

It shows that apart from being good at what you do, you should focus on building people and being good to them.
He would never have thought that his ex player would become a president. pic.twitter.com/XWl69xSmm3

A government minister said the award was not only about the personal connection between the president and Wenger but rather a recognition of his contribution to sports in Africa by giving players from the continent a chance.

Liberia’s Weah ‘will not seek third term in office’