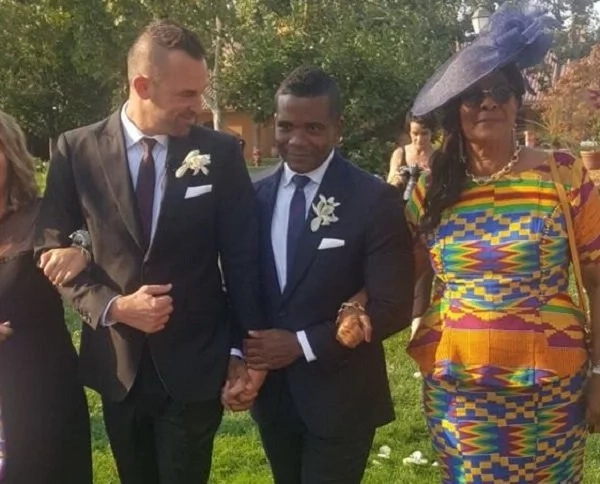 President Akufo Addo has stated categorically that the government of Ghana has no authority to legalize same sex marriage in Ghana and that government will not seek any such authority to do same.

Speaking at the Global Evangelical Church’s 2018 SYNOD on theme, “Effective Discipleship – The Cross and our Commitment”, at the Economics Department of the University of Ghana, Legon, and in response to a call by Rt. Rev Setorwu Kwadzo Ofori, the Moderator of the Global Evangelical Church, who admonished him not to under any circumstances, bow to international pressure calling for the legalization of same sex marriage in Ghana, President Akufo Addo indicated that the church has no reason to be worried that his government will legalize the phenomenon in Ghana.

“Let me assure that this government has no plans to change the law on same sex marriage. We have no authority and we will not seek any authority to do so,” the President said.

The Church and Taxation

The President observed that the debate about the imposition of taxes on the Church has come up in Ghana because of the affluent lifestyle and display of wealth by some members of the clergy in Ghana. He noted that the public has observed as priests compete to show who is the more powerful and who is the richer.

“The public looks on as some of the churches appear to forget about the poor and venerable in society and concentrate on being outrageous. It is not surprising that there are calls for taxes to be imposed on church incomes. When you step out of the charity sphere, out of education and out of healthcare, you are putting yourself in the line of the tax net”, the President said.

General Secretary of the Christian Council of Ghana

The General Secretary of the Christian Council of Ghana, Cyril Fayose, in his fraternal address to the Synod commended the Governor of the Bank of Ghana, Ernest Addison, for the sweeping reforms and the exposure of corrupt practices in the banking sector.

Additionally, he called on state security institutions to conduct further investigations beyond what the Central Bank has done and prosecute all persons who may be implicated to serve as an example to future generations. He also commented on the removal of the former EC Chairperson calling the development an unfortunate one.

He however wished the new EC boss, Jean Mensa well as she goes about her work in her new role. He also called for the Church to come together and develop new rules and regulations to govern the Church in Ghana. This he believed would help deal with the rot currently ongoing in some churches in the country.

The Global Evangelical Church, a vibrant Bible-believing church, accepts the Lord Jesus Christ as Saviour and believes in the full manifestation of the gifts and fruit of the Holy Spirit. The Church has a membership of about 135,000 congregants, 289 Ministers in active service and 870 congregations spread throughout the country.

The Church also has branches in some foreign countries such as the United Kingdom, United States of America, Norway, Cote d’Ivoire, Togo and Kenya with missionary efforts in other countries.The Church has a Synod which serves as its ‘Parliament’.

The Synod Committee, a representative council serves as the decision-making body of the Church. There is also an Executive made up of two clergy and two laity. The clergy occupy full-time positions and see to the administration of the Church while the laity assist in decision-making and the execution of specialized duties.