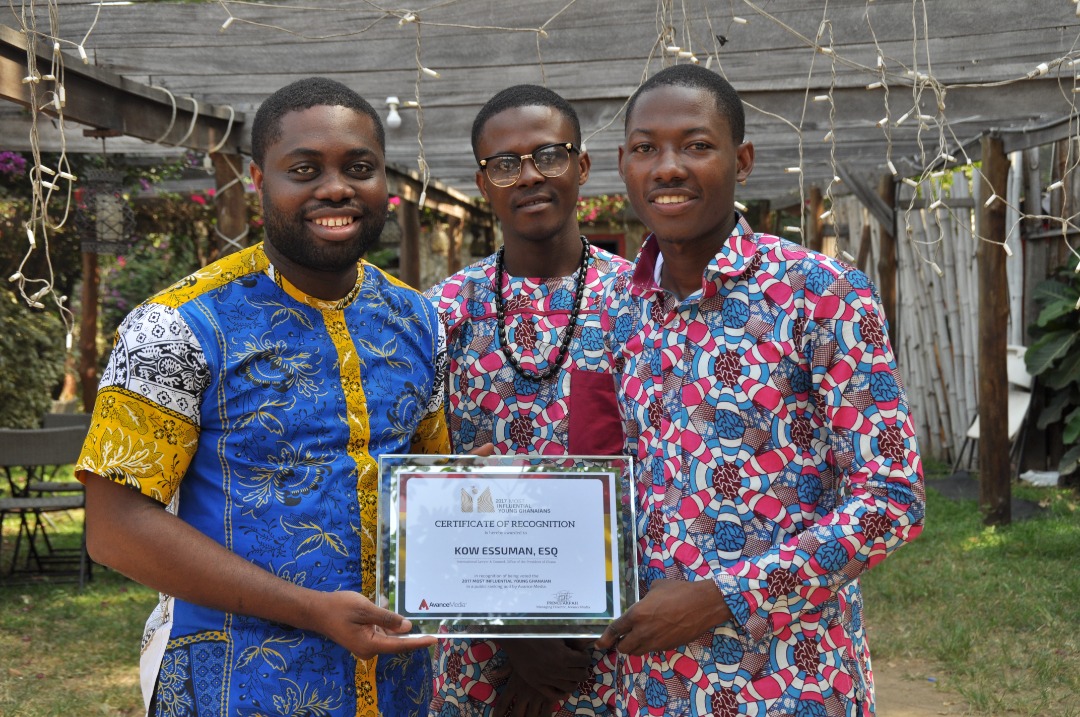 Lawyer & Counsel to the President of Ghana, Kow Essuman has officially being awarded as the 2017 Most Influential Young Ghanaian after polling on top of other 49 young Ghanaians in a ranking poll by Avance Media. He was also voted as the most influential young Ghanaian in the Law & Governance category.

Kow Essuman is a specialist in corporate and commercial litigation and arbitration law, and practices in three different jurisdictions – England and Wales, New York State and Ghana. He is currently serving as Counsel at the Office of the President of Ghana. He has previously served at Bentsi-Enchill, Letsa & Ankomah, Reindorf Chambers and Dolphine Solicitors.

The award was presented to him when officials of Avance Media [Prince Akpah, Emmanuel Asieme Ayine and Martin Sedem Dogbey] paid him a courtesy call in his office at the Jubilee House, the seat of Government of Ghana.

The Most Influential Young Ghanaian poll is one of the most credible and respected annual rankings organised by the reputed rating agency, Avance Media.