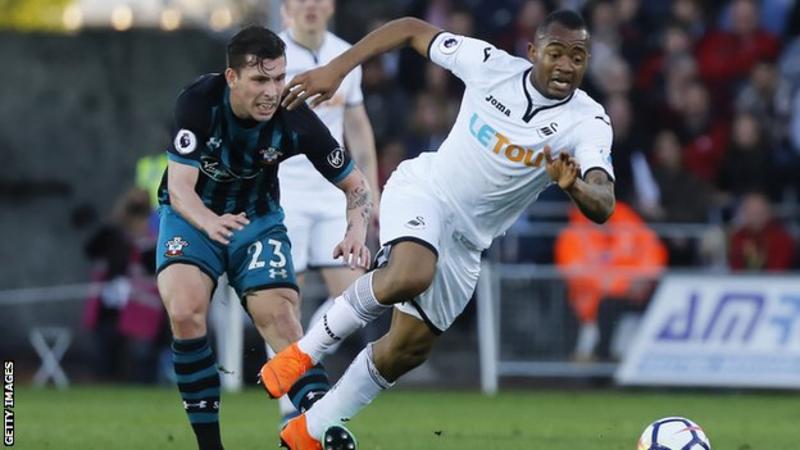 Ayew, 26, joined Swansea from Aston Villa in 2017 and was top scorer for the club last season with 11 goals.

The Ghana forward had refused to train with the Championship club, who were relegated from the Premier League in May.

Speaking before the move, Swans boss Graham Potter said the striker had “just not been here”.

“That tells you that he’s not part of what we’re trying to do, by his own actions,” Potter added.

The Swans have also sold midfielder Sam Clucas to rival Championship club Stoke City on a four-year deal for a fee of about £6m.

“There’s not an unlimited supply of funds so we have to rely on players going out as part of the restructuring, so that’s a bit frustrating but it’s part of the challenge,” said Potter.