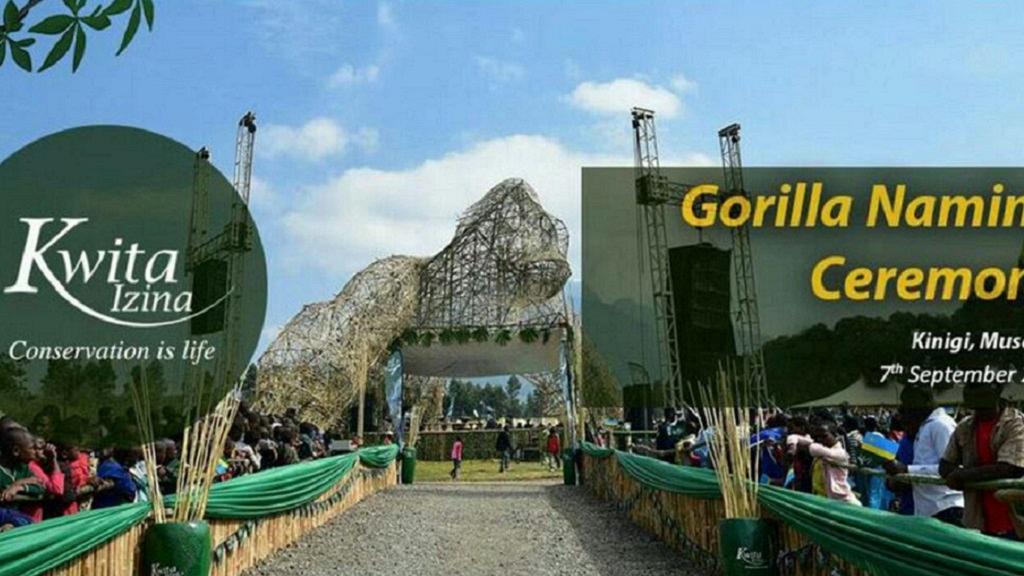 The gorilla naming ceremony, popularly known as Kwita Izina, is organised by Rwanda Development Board (RDB), and will be held on Friday in Kinigi, at the foothills of the Volcanoes National Park.

23 high profile personalities including representatives from English club side, Arsenal,were unveiled by RDB on Wednesday. They will be naming 23 gorillas born in 2017.

Mountain gorillas are one of the world’s most endangered species, which survives on the forest-cloaked volcanoes of central Africa.

In June, authorities announced that their numbers have increased by a quarter to over 1,000 individuals since 2010.

Kwita Izina was introduced in 2005 with the aim of creating awareness of conservation efforts for the endangered mountain gorilla.

At last year’s event, which was graced by president Paul Kagame, the head of state said:

“Mountain gorillas are a part of our natural resources and our heritage. It is everyone’s responsibility to conserve and protect biodiversity. In protecting gorillas, we have everything to gain.’‘

The celebrity line up is aimed at increasing Rwanda’s tourism global appeal and creating awareness of conservation efforts for the endangered mountain gorillas.

RDB’s chief executive Clare Akamanzi, says they aim to grow tourism income to $800 million by 2024 which would be achieved by “marketing Rwanda as a tourist destination in innovative ways”.