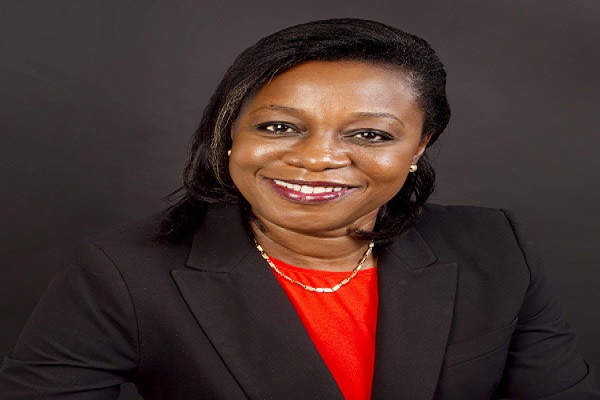 A letter sighted by Kasapafmonline.com and addressed to the President and copied to the Chief of Staff,  others said Ms Addo was resigning because she has been appointed as Judicial Secretary into the Judicial Service.

“Please accept this letter as notice of my resignation from my position as acting Deputy Chief Executive Officer of the Ghana Export-Import Bank, further to the approval of my appointment as Judicial Secretary into the Judicial Service with effect from 2nd October 2018.

“I would like to thank his Excellency the President, for the great honor he bestowed on me by appointing me to act in the position of Deputy Chief Executive of the Ghana Export-Import Bank. I am indeed grateful for the opportunities for my professional and personal growth it afforded me.

“I would also like to thank the Board, Management and staff of the Bank for the privilege of having worked in the Institution for the last ten (10) years, nine (9) months and the invaluable lessons learnt over the period.

“I have prepared comprehensive handing over notes and will be available to do all I can to make this transition as easy as possible. I wish the Ghana Export-Import Bank continued success”.

About Ms. Cynthia Pamela A. Addo

Prior to her previous appointment, she was the General Counsel for the Ghana Export-Import Bank and also worked with Export Trade, Agriculture and Industrial Development Fund (EDAIF) for 10(ten) years in various positions including Director, Legal and Board Secretariat, Director, Legal and Administration with responsibility for Legal Services, Human Resources, Public Relations and Procurement.

Ms. Addo is a lawyer with 29(twenty-nine) years diverse post-qualification experience, a highly skilled professional known for creativity, exceptional organisational ability, resourcefulness, innovation, proven financial management skills and timely completion of major projects and assignments. With these skills she has helped in setting up several organisations throughout her career.

Prior to joining (EDAIF) in 2007, she worked in various roles in the following institutions: Her Majesty’s Court, Essex-UK as a Legal Advisor and Trainer; Sterling Financial Services as a Head of Legal and Administration; Ghana Health Care Company Limited as the Solicitor Secretary/Chief Human Resource Officer; Golden Beach Hotels (GH) Limited as the Solicitor Secretary /Group Human Resource Co-ordinator and Acting Chief Executive Officer. Ms Addo has also lectured on a part-time basis in Labour Law and Equity & Trust.

She also holds an Executive Masters in Business Administration (EMBA) (Business Innovation) from the China Europe International Business School (CEIBS) where she received an award as an outstanding student.