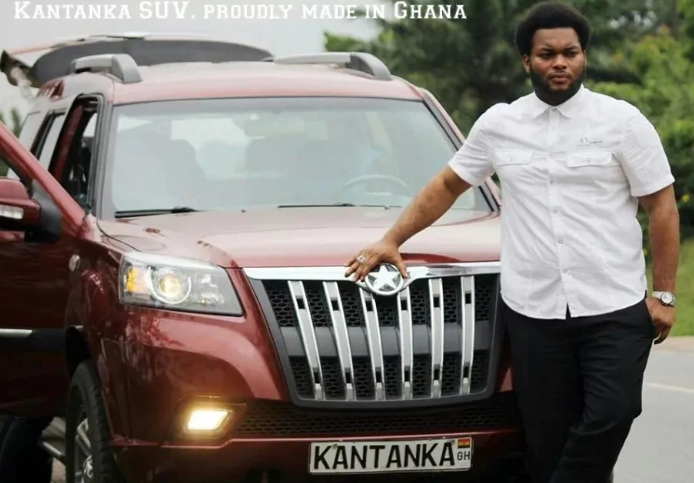 Chief Executive Officer of Kantanka Automobile, Kwadwo Safo has revealed that the bad nature of road network in the country contributed to why the company was only in the production of four wheel drives.

He said his outfit is capable of producing smaller cars which can be used for commercial purposes such as Taxis and Uber.

“You can’t produce smaller cars whereas your roads are not of international standards, when we began we identified that our roads are bad” he told Kweku Owusu Adjei on Kasapa Fm.

Several others have advised that the company gets into production of relatively smaller cars such as the ones used for Uber and taxis in order to catch the market and also gain prominence in the Ghanaian market.

But according to Kwadwo Safo, although the company now produces smaller cars, they come with challenges and become vulnerable to bad roads.

“First of all, if we want to bring smaller vehicles onto the market it will break down early, secondly producing smaller cars are more difficult as compared to producing bigger ones and that is the truth.

“So we began from somewhere and what we were looking for we didn’t get. The company we were partnering with at that time to meet the international standard they didn’t have smaller cars and we had to work with them for a long time which necessitated the involvement of our Research and Development department before we were able to achieve that, so we now have smaller cars” he said.

The automobile firm has expressed concerns over what they believe is the hasty approach government has resorted to in signing the agreement for the establishment of an assembling plant of German car giant VW in Ghana.

In a statement Kantanka said although they are not against the coming of VW into the Ghanaian market, they hoped the government had attached speed and relevance to the numerous proposals that they have submitted to it like it did in the case of VW.