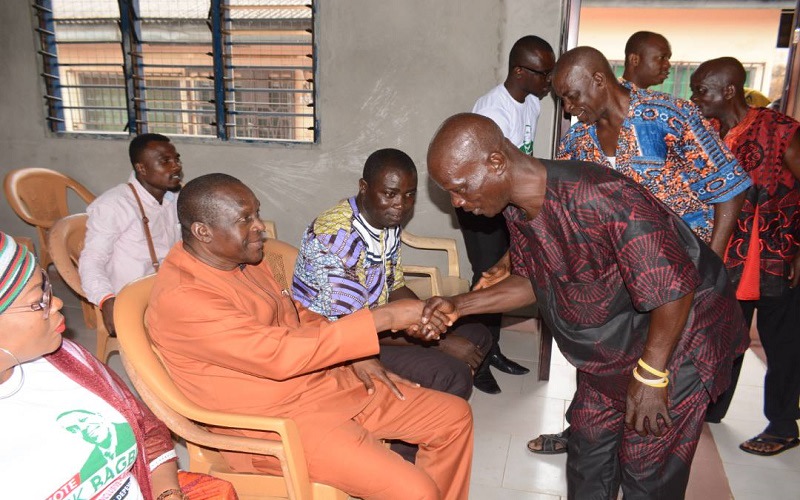 The Second Deputy Speaker of Parliament, Hon. Alban Sumana Kingsford Bagbin, says the neglect of traditional, religious, community and civil society leaders in the local governance system of the country is impeding development.

He therefore hopes to change this if elected flagbearer of the National Democratic Congress (NDC) and subsequently goes ahead to become the President of the Republic.

To do this, he said, he will propose to the leadership of the umbrella the setting up of a Body whose membership will include Chiefs, Queen mothers, religious leaders, media professionals, Chief Imams, and civil society leaders including the DCE in each of the districts to decide on the needs of the people and assist the Assembly to implement them.

Whoever wins the flagbearer position and goes ahead to bcome President of the Republic, will be binded to implement such policy to the benefits of all at the local level, he noted.

Hon. Bagbin made this observation when he paid a courtesy call on the Upper Axim Traditional Council, Monday, September 24, 2018, to seek their permission to interact with constituency executives, founding fathers of the NDC, and members of the 31st December Women’s Movement in the locality.

The views expressed by the longest-serving Member of Parliament (MP) seem to be a concern of the country’s traditional leaders.

A Divisional Chief of the Upper Axim Traditional Council, Nana Akom-Nda II welcoming Hon. Bagbin, bemoaned the neglect of chiefs by politicians when they assume the highest office of traditional, religious
“We know politicians very well. When it comes to seeking political office, they come up with all the sweet talks and as soon as they get the power they were seeking for, it is only those around him that enjoy the most, leaving Nananom behind. We believe you, Hon. Bagbin, for all the things that you have said. If God helps you to win the flagbearer position and subsequently become President of the land, we know that you will not exclude us in your government”, he said.

The Overlord of the Asante Kingdom, Otumfuo Osei Tutu II, espoused similar sentiments when addressing a grand durbar at the 75th anniversary of the late Chief of Abuakwa State, Amantiremanmienu Nana Ofori Atta, at Abuakwa, on Thursday, August 23, 2018.

The Asantehene proposed a constitutional amendment to the 1992 Constitution to give the Chieftaincy Institution a more pronounced role in the political space of the country.

He said the Constitution of the land in its present form has more provisions that conform to European Standards compared to Ghana’s traditional norms.