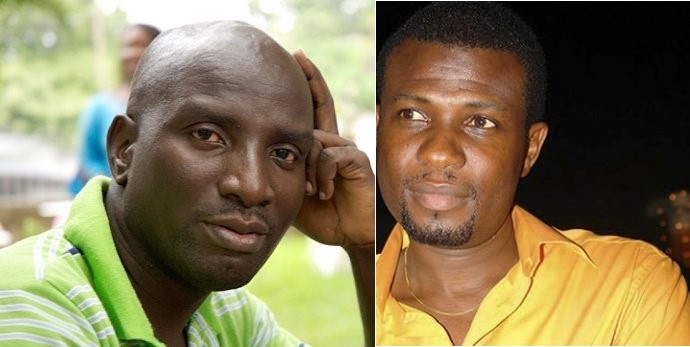 Entertainment pundits, Ola Michael has said key personalities in the entertainment industry must be held accountable to the unceasing challenges relating to unfulfilled creative arts promises by the ruling New Patriotic Party (NPP).

The former Public Relations Officer of the Film Producers Association of Ghana (FIPAG), stated emphatically that ‘Creative Arts 4 Change’ advocates, Mark Okraku Mantey and Socrate Sarfo are to carry chunk of the blame for the woes that has crippled a struggling industry.

Stating his reason for assigning the responsibility of an unproductive arts industry to the the two key personalities, Ola revealed how one of the advocates kept swerving questions asked about the promises stated in the manifesto of the ruling party.

He told Zylofon FM, promise of building modern large seating theatres for the arts industry in all nine (9) regions except the capital city of the country has now turned into renovating already existing Cultural centers.

Ola’s premise is centered on an interview by the Deputy Minister for Tourism, Culture and Arts, Dr Ziblim Barri Iddi stating that the manifesto meant renovation of Art Centres for cultural and entertainment purposes but people misconstrued it to mean building new theatres.

The regular pundit on most radio and television entertainment shows in Accra thought that the current government(NPP) was going to save the industry but rather the industry is faced with more challenges under their terrain.

According to him, Mark and Socrates’ inability to push for the betterment of the industry as they promised leaves a question mark on their integrity.

“They should be blamed because they caused all this. They promised things will be better and here we still are.

“We listened to them and we did as they said and this is how far they’ve brought us”, He said

Dr Ziblim in an interview with Attractive Mustapha explained that all they meant is to create opportunities in all the regions for theater performances.

He stated that because the country already has regional centers for culture and entertainment most of which are not in good shape, the government intends to give those structures a facelift, upgrade them to modern standards and build new ones in regions that do not have those facilities.

“In all it doesn’t make sense to go to a region where they have a regional theater or art center and rebuild a theater for them, so the manifesto was clear that there will be theaters but the definition is where the confusion is” He said

Many entertainment pundits have also shared their views on the Deputy Minister’s recent comment on the issue of Theater.

Managing Editor of the Publisher Newspaper and Communications Officer for Zylofon Cash, Halifax Ansah-Addo who was also ‘angered’ about this same Theater comment from the Minister, posted on his Facebook Timeline, “THE PROMISE: Pursue the CONSTRUCTION OF MODERN LARGE SEATINGTHEATERS IN EVERY REGIONAL CAPITAL EXCEPT ACCRA,  beginning with Takoradi, Tamale and  Kumasi, as well as setting up an  additional Copyright Office in Tamale  to cater for the northern sector in  addition to the existing ones in Accra.”