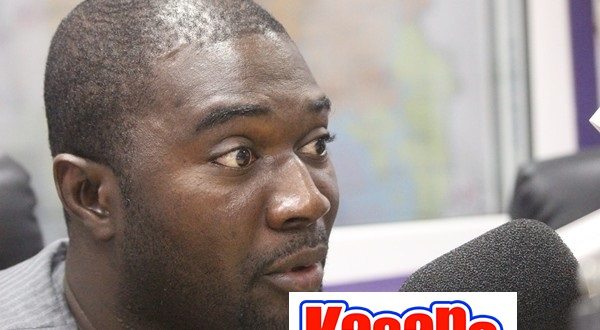 The Executive Director of the Chamber of Petroleum Consumers (COPEC), Duncan Amoah, has slammed government over the hike in fuel prices, saying there is the need to find innovative solutions to the challenge then engaging in the usual NPP and NDC politics.

Fuel prices have hit the 5 cedi mark with diesel going for GHc5.18 pesewas per litre, and petrol 5.14 per litre.

In an interview with Kasapa FM, Mr. Amoah said the solution to the recent hike in fuel prices is not far from fetch.

“It is not something you need rocket science to manage, governance is a management process, you go into contract with the citizens to manage their affairs by making sure their concerns are addressed and catered for.

“Petroleum prices are high, today, it 76 dollars and is killing us. When you talk about seeking solutions for what is happening then the opposition will also laugh and say the government is incompetent. The government will also say oh, if the opposition were to be in power, it would have been worse, than they leave the 29 million Ghanaians in the middle. We can’t buy petrol into our cars, the only solution is to walk,” he added.

Meanwhile, the Minority in Parliament is demanding the scrapping of the special petroleum tax as a measure to cushion Ghanaians as the prices of petroleum products keep rising.

According to the Minority Spokesperson on Mines and Energy, Adam Mutawakilu, the tax has outlived its usefulness at a time when world market prices allow government to make a windfall of 10 million dollars per day from crude exports.

Addressing the media, the Damongo Member of Parliament said government must not be insensitive to the plight of Ghanaians.

“In the 2018 budget, this [Akufo-Addo] government presented to Parliament a benchmark price [the price at which we sell our oil] of $57 per barrel. But as we speak now, the price per barrel is $77 per barrel. That means government is making surplus of $20 per barrel. And currently we produce at almost 200,000 barrels. So if you multiply this $20 barrel excess by 200,000 we are talking about $10 million surplus every day.

“That means every day government is making surplus of $10 million. By this, the special petroleum tax has nowhere to fill in the gaps in respect to the oil prices. And that is why we are calling on President Nana Akufo-Addo to as a matter of urgency scrap the special petroleum tax. Currently, it’s about 46 pesewes per litre, and if it’s about 5 litres a gallon, you are talking about Ghc2.2. If you calculate it as a percentage that’s about 10%,” he added.