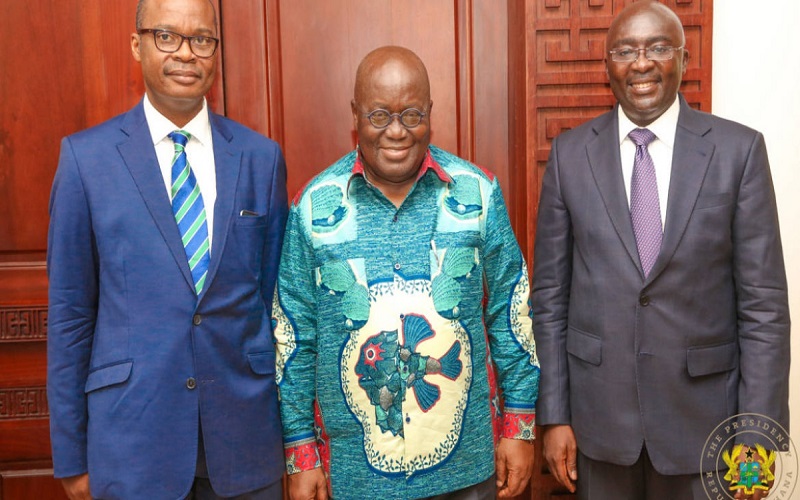 The President of the Republic of Ghana, Nana Addo Dankwa Akufo-Addo, says his government is not aiming at collapsing any bank in the country.

According to him, the ongoing clean up exercise being embarked upon by the Bank of Ghana is instead, geared towards cleansing the banking sector to pave way for stronger indigenous banks that can compete with the foreign owned banks.

“We cannot have a rather situation where all the banks in our country are all foreign banks. It is very dangerous for our future if we allow that to happen. But if our own indigenous banks are performing poorly; poor governance structures; poor risks credit policy – at the end of the day if we don’t take care, that is what will happen because one by one they will go under. The market is really tough and rigorous place. The law of the market has it that if you are not performing well and efficiently, you will go under. So, we are trying to make sure that the banking sector of the country has strong indigenous banks which can compete successfully with these foreign owned banks”, he noted.

President Akufo-Addo was addressing the Ghanaian community in Rwanda as part of his visit to that country.

He was invited by the President of the Republic of Rwanda, His Excellency Paul Kagame, to participate in the African Green Revolution Forum (AGRF), being held under the theme “Lead, Measure, Grow: Enabling new pathways to turn smallholders into sustainable agribusinesses.”

The President’s comment was the first since the roll out of the ongoing banking sector reforms in the country.

Commenting further, President Akufo-Addo recalled how a similar exercise was undertaken in Nigeria that brought down the number of indigenous banks from 84 to about thirteen (13) or fourteen (14).

“They [Nigerian banks] are now some of the strongest banks not just in Nigeria but Africa and they are all over the place – UBA, Zenith, Access – that is the process of consolidation, a rationalization of the banking sector that took place in Nigeria under the Central Bank Governor Sanusi. We want to undertake same exercise in Ghana so that at the end of the process we will have these strong – even if they are few and are strong, then we know that they can compete successfully on the global market. It is not a question of we are going through that process to eliminate the indigenous banks from the banking sector of our country – that is very dangerous. It will not make sense to do that at all. On the contrary, the process of rationalization is to enable us emerge with the stronger sets of indigenous banks who can then help us to grow our economy”, he stressed.