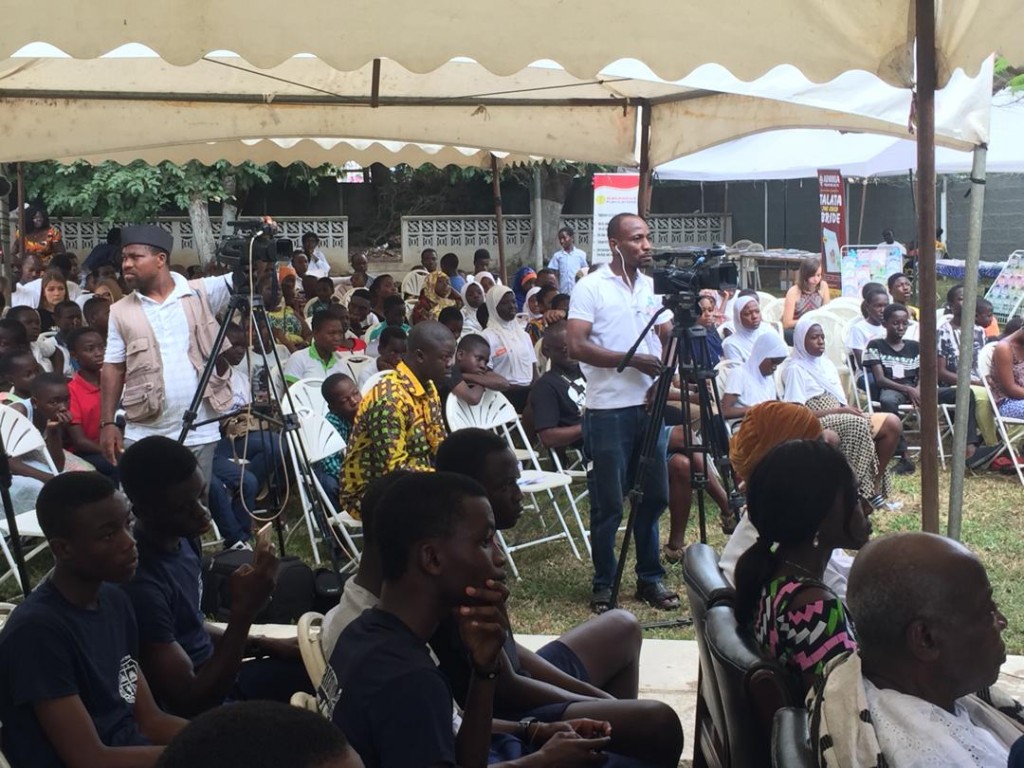 “Some years ago, if someone had said that this day (Ghana Reading Festival) would come, we would have called that person a false prophet”.

This was the remark of Nana Kwasi Gyan-Apenteng, President of Ghana Writers Association and who doubles as the National Media Commission’s Chairman, with regard to success of the maiden Ghana Reading Festival organised by the Bureau of Ghana Languages at the Pan-African Writers Association (PAWA) House on Saturday, the 6th of October, 2018.

During the festival, which is one of the few literary festivals with a successful end, Dr.ZiblimIddi (Deputy Minister of Tourism, Arts& Culture) led a group of academics, writers, poets, civil / public servants and students for a ‘reading carnival’ in the Ghanaian languages.

Completely dedicated to Ghanaian languages, readings from novels, poems, reviews and texts in various local languages including Ewe, Dagbani, Ga, Twi, Nzema, Kasem, Dangme, Fanti, Gonja, Kusal and others mesmerized guests as the poetic and diction power of our languages were laid bare.

Undeniably, the aspirational and commercial value that English commands is appreciated, but it appears that our impeccable English is at the cost of our inability to read, write and speak our own Ghanaian languages.

In a brief speech, Dr.Iddi said habits, values, nuances and others are shaped by our mother tongues both in tangible and intangible ways adding that our languages are currently endangered while averring that we need a sustained effort to make it vibrant.

He called for the translation of books on science and other disciplines into local languages while appealing to parents to allow their kids to speak and read books in local languages since our Ghanaian languages are indispensable instruments of intellectual, physical and moral aspects of education.

The Chairman of the National Media Commission, Nana KwasiGyan-Appenteng, said the lack of support and investment resulted in the disappearance of publications in Ghanaian languages from bookshelves and newspaper stands while stressing that connotations of inferiority associated with Ghanaian languages exacerbated the problem.

Acting Director of the Bureau of Ghana Languages, Peter Essien, stated that his outfit is bent on using the festival to inculcate the habit of reading in the Ghanaian languages among the youth since most of the adults have lost the interest and ability to read in the these languages.

Awards were presented to personalities who have contributed in diverse ways to the development and sustenance of Ghanaian languages. They include Prof. Kofi Agyekum, Dr.Osei Kwame Despite, AtaaOkoDagadu, J.S. Blay, Daniel Adi, Tia Sulemana, Seth Akafia and UrfangBobarMgnensoo.

The other sessions of the festival featured a “Reading Carnival” that hosted different professionals in – medicine, journalism, radio & television broadcasting, civil engineering, music, acting, marketing among others – in readings in their respective mother languages, workshops in pronouncing basic letters of the alphabets in the Ghanaian languages, conversations with Prof. Lade Wosornu (poet & retired surgeon) and Dr. Clement KwaminaAppah (Snr. Lecturer at Linguistics Department, School of Languages, University of Ghana) and exhibition and sales of literary works in Ghanaian languages.

The festival by the Bureau of Ghana Languages organized under the auspices of the Ministry of Tourism, Arts and Culture.