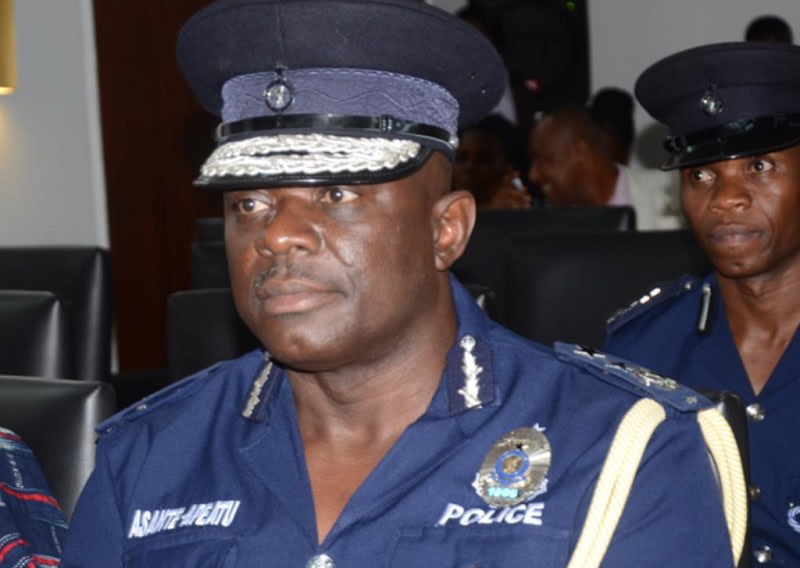 An Accra High Court has found the Inspector General of Police (IGP) David Asante Apeatu guilty in a contempt of court case brought against him.

Two private citizens Samuel Aggrey Jnr and Augustine Gyekye who brought the case against him told the court that the IGP has willfully disobeyed orders to provide security for the execution of a court order for the sale of a building belonging to them.

One Mrs Aggrey (deceased) filed a case against REDCO Company Ltd for failing to pay an amount owed her. The Court in its judgement attached the property, a 12 block flat and indicated that if REDCO failed to pay the money the court will sell the property in order to retrieve the funds for her.

REDCO then appealed the decision of the court but lost. Without waiting for the Court’s direction, REDCO went ahead to give out the property to the Ghana Police Service to house some of its officers who were in die need of accommodation.

The applicants then went back to the court to seek an order for the police to vacate the property and rather help to execute the High Court order to sell the property. However, the Police failed to do that and instead claimed ownership of the property.

Lawyers then filed another case citing the IGP himself for contempt. They argued that once the flat is in the custody of the court, it is illegal for the anyone to sell or by the property and that the police should have done due diligence and has also failed to perform its statutory duty and for that matter it has willfully disobeyed the court orders.

The Judge, Justice Daniel Mensah who sat on the case said “It is my humble opinion that the defence offered by the respondent after the applicant had successfully proved his case is not legally tenable and the respondent has therefore fully discharged the burden required to avoid a conviction. It must therefore be committed for contempt of court and sanctioned accordingly.”

The court is expected to give its sentence on October 25. It is however not clear if the IGP will be given a custodial sentence.