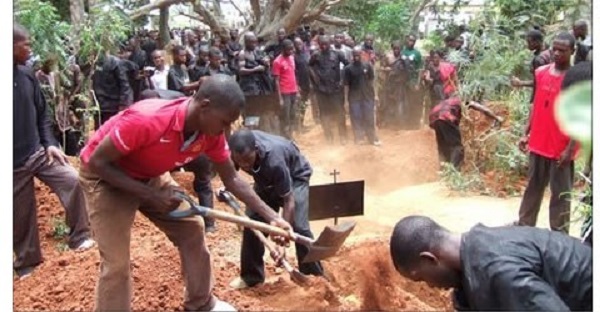 The management of the Effia Nkwanta Regional hospital will be embarking on mass burial of unknown and abandoned bodies at the hospital’s mortuary by the end of October this year.

This was revealed by the Deputy Head of Administration at the Effia Nkwanta Hospital, Joel Quarm during an exclusive interview with Empire News.

He stated that even though announcements have been made through various radio stations for people to claim the bodies, the mortuary has about 90 unidentified bodies’ still occupying space within its facility.

The management of the hospital has therefore been given the mandate by the court through the STMA to have a mass burial for all the unknown bodies.

Joel Quarm further added that certain key challenges with respect to infrastructure, insufficient cold rooms and poor staff attitude have put the mortuary in a very deplorable state is being turned around as the Effia-Nkwanta hospital is undergoing a rebranding exercise.

Panic as Effia Nkwanta hospital runs of out blood

Police Hospital to embark on mass burial for unidentified bodies