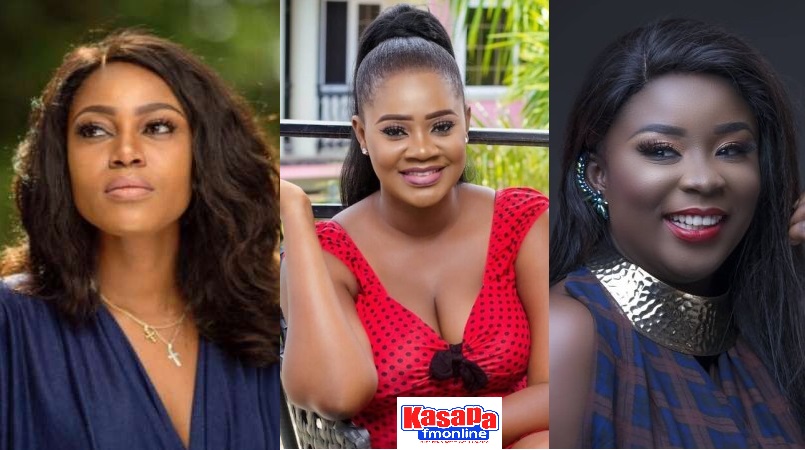 Most Ghanaian actors are hugely disappointed at Presidential staffer, Gabby Otchere-Darko for his unfair criticism about how several Ghanaian movies fail to meet international standards.

Gabby Otchere-Darko in a tweet said “I took my time to watch randomly ten Ghanaian movies and never felt so disappointed. It brought home to me one major deficiency in our development. The apparent lack of deliberate consciousness on the part of the creative industry in the development conversation. The presence of the creative industry appears at best peripheral in Ghana’s development narrative. Our movies, our songs, our arts, by and large, do not impactfully plug into a greater development agenda. Hollywood, for the best part of a century, has been deliberately used by America to push successfully American cultural “supremacy” agenda; it has been used as an effective instrument of military or economic indoctrination. But, what has been the underlying consciousness behind our creative industry, if any? What role, for instance, can actors in the creative industry play to define and realize this whole important concept of moving Ghana Beyond Aid? We must elevate consciousness in Ghana if we are serious about winning”.

Responding to Otchere-Darko’s claim, actress Kafui Danku said there is the need to have a dialogue on the state of movies in Ghana and how to make it better than belittling the efforts film stakeholders have invested into the industry.

She posted on Facebook, “Honestly, I wish we can have this conversation openly and I also wish people will forget about their position and age and face bare facts. I wish…. I wish… I wish. @yvonnenelsongh I want to talk, not type”.

Yvonne Nelson who was also disappointed about the comment, also tweeted, “How do you even compare Hollywood to our industry! It’s like comparing our economy to theirs!”

The mother of one continued that, “Hello @GabbyDarko is your interview on peacefm online real?? If it is I’m also disappointed! A few of us are pushing really hard for this industry! Since our leaders have also totally abandoned the industry, we contribute too, just like nurses,doctors..etc.

“Leadership!!!!! We need structures in place and some encouragement not this! What do we do when TV networks get cheaper content from India and Latin America?”

“Kumawood has created jobs for so many people! It has Put smiles on a lot of faces in our country! Your judgement is just so low! Disappointing!” Yvonne tweeted

How do you even compare Hollywood to our industry! It’s like comparing our economy to theirs!

Leadership!!!!! We need structures in place and some encouragement not this! What do we do when TV networks get cheaper content from India and Latin America? pic.twitter.com/a7MRvNz08K

Lydia Forson has also expressed her opinion about the unfortunate statement from Gabby Otchere-Darko.

“Our industry is not perfect, far from, in fact it needs a lot of help and structure; and we need to have important and brutal conversations about it. But if the people who promised to help aren’t doing their jobs,they shouldn’t have a right to speak on it either

“Even more infuriating is the fact that this government came into power with a lot of support from creatives who blindly believed in their promises. They were supposed to be the CHANGE our industry needed; but all we’ve had are lip services, selfies and photo sessions.

What @GabbyDarko tweeted was an insult to many filmmakers who continue to carry the industry on their backs with very little money and still make movies that are seen all over the world. To use 10 movies to judge the performance of an entire industry is IGNORANT.

Creatives in Ghana work magic with the peanuts they have, and if you ever been a movie set you’d know that. People take loans, sell property etc to produce the “substandard” movies you claim, why? Because they love what they do.

Mr. @GabbyDarko to compare a movie industry that’s largely SELF funded to one that has major cooperate and governmental backing is not only ignorant but extremely disrespectful.”

She tweeted, “Bless You for recognizing our hard work !!! I don’t know why some people are still finding it difficult to appreciate our effort. Smh”