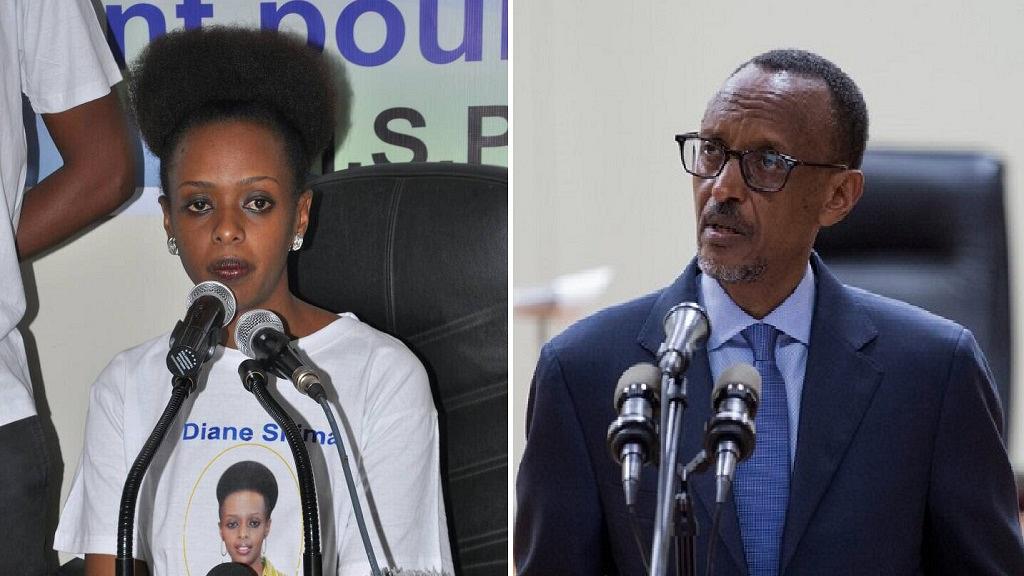 A Rwandan court has ordered the release on bail of Diane Rwigara, a female opponent of President Paul Kagame. Diane has been detained with her mother since last year when she attempted to run in presidential polls.

The judge in delivering the verdict said the two women had to be released immediately but that they were barred from leaving the capital, Kigali, without authorization.

In August 2017, 35-year-old Rwigara was disqualified from running against Kagame in presidential election, she was arrested and charged with forgery and inciting insurrection during her bid to run for president.

She is also charged with evading taxes of nearly Rwf5 billion ($6 million) together with her sister Anne Rwigara and mother Adeline Rwigara who are also accused of inciting insurrection and promoting sectarianism. Her sister was subsequently released.

They pleaded not guilty and said their arrest and detention are politically motivated. Diane and the mother were refused bail on a number of occasions held chiefly over tax evasion allegations related to the family’s tobacco company.

The revenue authority months back closed down their company and proposed a payment plan of 12 months to renege on the decision to auction their properties.

Anne Rwigara who is the head of the family business told the court that she is being forced to sign the payment plan which they do not agree with.

Diane Rwigara’s father was a wealthy businessman who died in a car crash in 2015. He had fallen out with the ruling party prior to his death which the family alleges it was an assassination.

Gay gospel singer ‘forced to resign’ after coming out