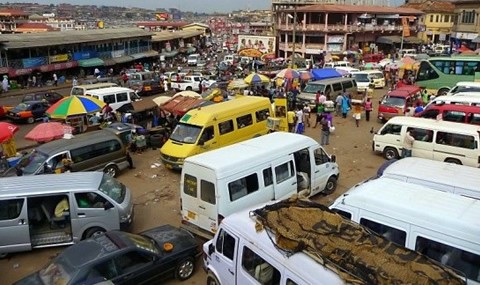 According to the group, their members can no longer bear the rising cost of fuel and its impact on the transport business hence the decision to pass it on to passengers.

They lament the need for an increase in transport fares has been long overdue as fuel prices remain unstable for the past months. There has been no official communication from the Ghana Private Roads and Transport Union [GPRTU] on the increment.

Speaking to sit-in host Akwasi Nsiah on Anopa Kasapa on Kasapa Fm, Public Relations Officer for True Drivers Union, Yaw Barima said fuel price has increased by some 12 cedis when they last increased fares thereby causing members of the union to constantly run at a lost.

He explained this is necessary to accommodate the rising fuel prices as well as other administrative costs in providing service.

“In less than two years, fuel prices have risen by 12 cedis, whiles since 1999 to 2016 fuel prices has stood at 14 cedis, it is justifiable for us to increase fares. The prices of engine oil has also gone up. Spare parts for our cars and other things”

“We are all running at a loss. If possible. Now drivers have been running away with their sale because they cannot afford to do the sales these days.”

Yaw Barima has however asked passengers to cooperate with drivers on the new transport fares.