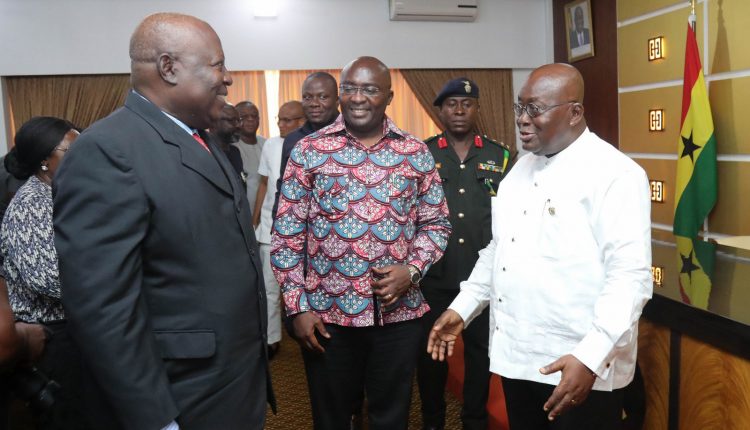 Government in its commitment to the fight against corruption in the country has allocated GH¢180 million to the office of the Special Prosecutor, Finance Minister, Ken Ofori Attah has revealed.

The Finance Minister announced this in the 2018 budget statement presented to Parliament on Thursday.

According to him, the money is to assist the Office of the Special Prosecutor in the fight against corruption in the country.

This comes, days after the Special Prosecutor, Martin Amidu, hinted that his office is in a near hopeless situation to deliver its mandate in fighting corruption.

In an article, the former Attorney General said his office has so far had “woefully inadequate” infrastructure and has been under-resourced since its establishment a year ago.

In the said article, he writes: “The Whitaker’s scenario which I have just read reinforces my own conviction that the effective way to stifle the fight against corruption is to apply Whitaker’s scenario. It also reminds me of the almost utter hopelessness in which the newly established Office of the Special Prosecutor finds itself almost one year after the President caused its establishment as his flagship and vision to fight corruption in Ghana with an overwhelming national consensus and support,” Mr. Amidu lamented.

“One year down the line it has only a small three bed room house as an Office woefully inadequate for lack of shear physical space to accommodate any reasonable number of employees, lack of subsidiary legislation, and consequently also financially crippled without any ability to acquire the requisite expensive operational anti-corruption and other equipment for the Office let alone to function efficiently.”

The Office of the Special Prosecutor was established in November 2017 with a specific mandate to oversee cases of corruption, involving public officers and individuals in the private sector.

Many Ghanaians were upbeat following the appointment of Mr. Amidu as the country’s first-ever Special Prosecutor, however the “Citizen Vigilante” has so far failed to make an effective impact at his new role.

No convictions, acquittals in Special Prosecutor’s list of corruption cases