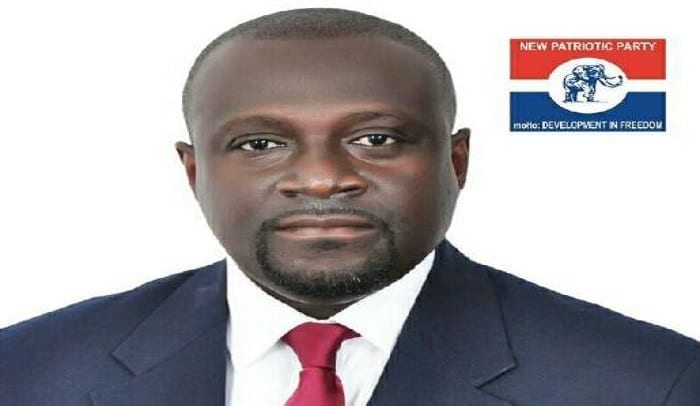 Debate on the 2019 Budget and Economic Policy Statement of the Government of Ghana started in earnest, Tuesday, with the Chairman of the Finance Committee, Dr. Mark Assibey-Yeboah, accusing the previous government which was led by the National Democratic Congress (NDC) of doing little to improve on the fortunes of the country after going to the International Monetary Fund (IMF) for a bailout.

In the view of Dr. Assibey-Yeboah, the Extended Credit Facility (ECF) of US$918million granted to the country presented the Mahama-led administration an opportunity to salvage the then dying Ghanaian economy.
However, because the administration was bereft with ideas, they couldn’t succeed in utilizing the ECF properly and in the process, created a huge mess in the Ghanaian economy.

Sharing his thoughts on the 2019 Budget on the floor of Parliament, the Chairman of the Finance Committee said it will not be out of place if the Minority Caucus who are lawmakers from the NDC will applaud the efforts of the governing NPP for cleaning the mess they left behind.

“Mr. Speaker, as a matter of fact, when the NPP took over, we had to extend the program with the IMF. The program had derailed. If you are under IMF Program, this is what it means – it’s like you are in a secondary school and the Housemaster’s bungalow is next to your dormitory. He’s is to watch over the students and they are all running to town. So, if you are under IMF Program, you have to do your best and let the indicators be achieved. All of the major indicators that you [NDC] agreed with the Fund, you missed in 2016. We extended the program and after 22 months, all the macroeconomic indicators have improved”, he noted.

According to him, the Gross Domestic Product (GDP) that the NDC left at 3.7% has improved to 5.4% after the rebasing in 2018 with inflation and interest rate all declining.

“Mr. Speaker, this is not the Chairman of the Finance Committee saying it or Fifi Kwetey saying it, no. It is the international community that is saying it. Ease of doing business in Ghana has improved. This has been captured in the World Bank’s Ease of Doing Business report 2019. Under the NPP’s watch, we issued the first Eurobond by a B rated country in sub-Saharan Africa that has the largest issuance and the longest maturity and the lowest pricing. These are the three Ls – the first ever. We are exiting the IMF Program by the end of the year. You (NDC) sent us to the IMF, now we are getting the country out of the IMF. You should be applauding our efforts and never again will we go back to the IMF”, he stressed.

The success chalked over the past two years, he said, could be attributed to the strong Economic Management Team put up by the President, Nana Addo Dankwa Akufo-Addo which has the Vice-President, Dr. Mahamudu Bawumia leading and being supported by the Senior Minister, Yaw Osarfo Mafo, the Finance Minister, Ken Ofori-Atta, Prof. Yaw Gyan Baffour among others.