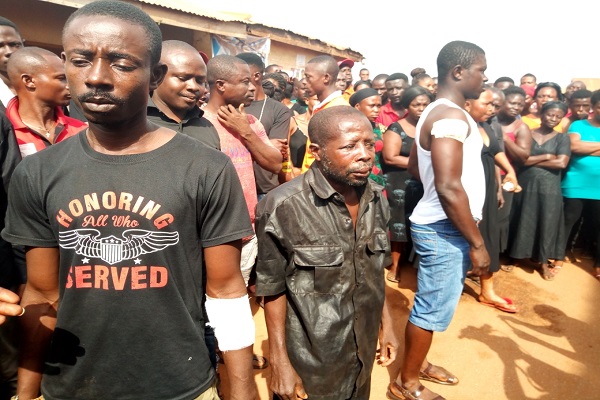 Residents of Foase in the Atwima-Kwanwoma District of the Ashanti Region have expressed worry about the delay of the investigative report by the three-member committee constituted by the Regional Security Council (REGSEC) to probe the Foase clashes.

Four persons died instantly while others sustained severe injuries in the clash on Wednesday February 7, 2018, after the residents locked up the District Chief Executive of Atwima Kwawoma District Hon Okyere Tawiah over relocation of District capital from Foase to Twedie.

The clash ensued after the police Officers who were deployed to the area to maintain law and order decided to unlock the DCE.

The residents speaking in an interview with Abusua Fm’s Osei Kwadwo said they are running out of patience saying government and authorities are taking them for granted treating Foase residents like strangers.

According to the residents, government should speed up the investigations just as it did in the killing of the gang of 7 incident which even happened after the Foase issue.

“Police came here just to kill us. The incident occurred on February 2018 but still the report is not ready. The killing of gang 7 happened in July but the committee report still not ready. Are we not Ghanaians? When are we the people of Foase going to get justice? We are running out of patience. Authorities and government should tell us something before things get out of hands. We can’t wait anymore” they said.

However the Assemblyman for Foase-Dwenase electoral area Christian Okyere said the 4 bodies of the deceased are still at the mortuary due to the delayed committee report.

He said “We are appealing to the Asantehene Otumfour Osei Tutu II to come to our aid. Otumfour is our last hope. Government should give Foase residents justice”.

Police shocked as Tema residents scramble for money during shoot out