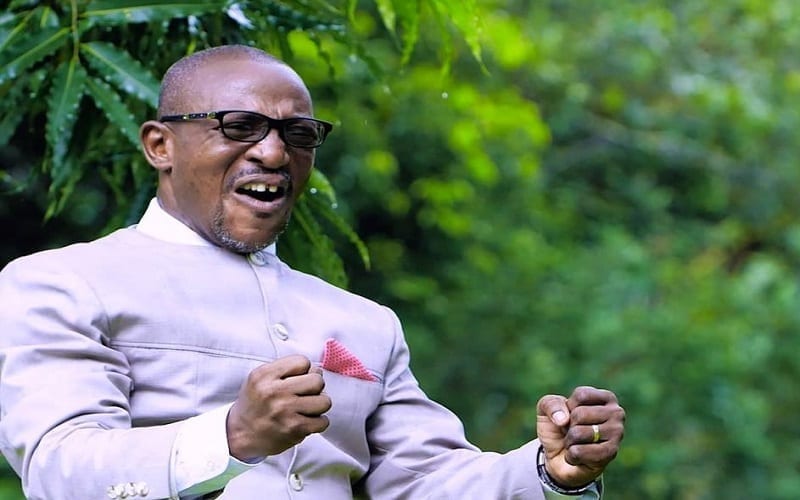 Several Ghanaian celebrities who have one way or the other associated themselves with the two giant political parties in Ghana [NPP and NDC] have expressed a worrying concern regarding their jobs as entertainers.

Most of these creative arts persons have been refused by investors who ply their trade in their field of endeavours for reason that they have revealed their political party affiliation.

Nonetheless, award-winning gospel artist, Pastor Lenny Akpadie has also revealed how difficult it has been for him promoting his songs because he has been tagged as a staunch supporter of the National Democratic Congress party after his most popular song ‘Most High God’ was endorsed by the party as its official campaign song during the late President Evans Atta-Mills era.

During an interview on Kasapa Entertainment, Pastor Akpadie who’s disappointed giving out his most popular song to the NDC for their campaign told Kojo Preko Dankwa he has regretted his actions because according to him, his decision which earned him political enemies, was to blame for his dormancy as he got detached from his teeming fans who he adde, were the pillars behind his growing ministry.

“I have learnt my lesson giving my song to the NDC party because I realized I had made the biggest mistake and I take responsibility for it.

“I made a mistake remixing my ‘Most High God’ song for NDC for their campaign. If I were those allowing political parties to use their songs, I will stop them. I have no pain, I’m not bitter for what NDC made me go through but the tagging as a member of the NDC party which I’m not, destroyed my career.” Pastor Akpadie told Kojo Preko Dankwa on Kasapa Fm

He confessed that his career has never been the same after he composed a political version on his song for former President John Evans Atta Mills.

According to Pastor Akpadie, the song faded prematurely when a rendition of it sought to favour one side of the political divide. The politicization of the song got him crucified by his disappointed fans especially members of the opposing political parties.

“My music wasn’t bought again and it has greatly affected my gospel music career till now. It’s too late to advise the Borborleborbor man to stop the NDC from using his song as their campaign song.” Pastor Akpadie told Kojo Preko Dankwa

He is currently promoting his new single titled ‘Yes, You are’ which was released months ago.