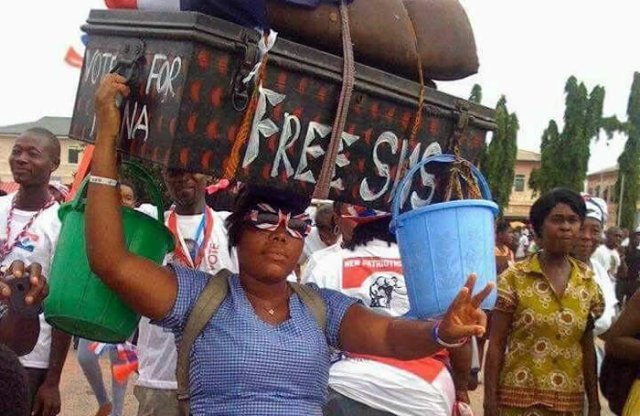 The group wants government to back down on making TIN compulsory for accessing the free shs program even as government seeks to widen its tax net in other to capture persons in the informal sector of the economy.

Finance Minister, Ken Ofori Attah during the 2019 budget reading in parliament last Thursday disclosed that beginning from the next academic year in September 2019, parents and guardians will now have to show proof of their tax identification numbers (TINs) before their children and wards can be allowed to benefit from the free senior high school (SHS) programme.

The move by the Ministry of Finance is to ensure that people are tax compliant before they are allowed to benefit from government-sponsored social intervention programmes and policies.

“With this directive, the program will collapse. We have to take a second look at this and I think government shouldn’t insist on making it compulsory for parents or guardians to have TIN before assessing free SHS.

“How many people know about TIN? You will be surprise that there are a lot of people living in the capital who do not even know about Tax Identification Number. So if we insist on making this TIN a necessity, it will create problem for a lot more people” he told Akwasi Nsiah on Anopa Kasapa on Kasapa FM.

Bright Appiah, Executive director for Ghana National Education Campaign Coalition (GNECC) also argued that, the constitutional right of both parent and their wards will be infringed upon if government should go ahead with the directive.

“You can’t say because someone doesn’t have the TIN so there is no free shs, no it can’t be so. These are all constitutional matters where the constitution states that education at that level must be universally free and the basis of that is the introduction of the free shs”

He added: “So once you have invoked that authority in the constitution through your policy announcement, any adjustment that you do that will deny children assess to education, amounts to a violation of the constructional of the children”.

Free SHS made me what I am today – Trinidad PM