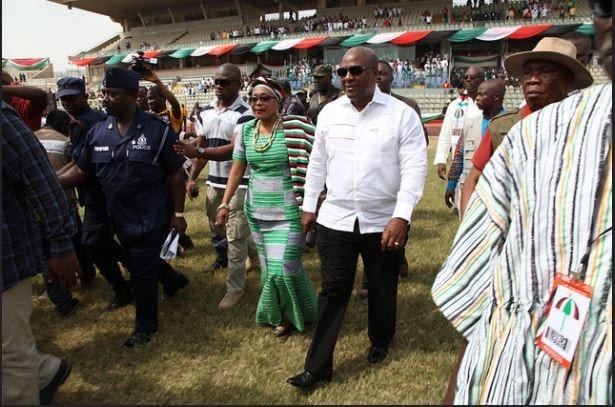 Former President John Dramani Mahama wants the upcoming 2020 polls to remain a significant election in the political calendar as he has urged the opposition National Democratic Congress to write a history with his re-election.

For him, its no doubt that his party’s chances in the 2020 challenge are very high and wants the NDC to “write a page in the history books of Ghana with the reelection of a person who has been president before.”

Mr Mahama in a meeting held on Tuesday with National Democratic Congress (NDC) legislators said:“My brothers and sisters, I believe we can make history, and that is the history of the re-election of a person who was president before. It is a rare phenomenon,”

The former President, John Dramani Maham, who is seeking to lead the National Democratic Congress (NDC) a third time  was locked up in a secret meeting at the State Tower Block, popularly known as Job 600 with the party’s parliamentarians on Tuesday, December 11, 2018.

Mr. Mahama, according to pieces of information gathered by kasapafmonline.com, called for the meeting for one purpose, to solicit their votes and support in their upcoming flagbearer primaries scheduled for January 26, 2018.

On Monday, December 10, 2018, a similar meeting was held between the former CEO of the NHIA, Sylvester Mensah and the Minority Caucus.