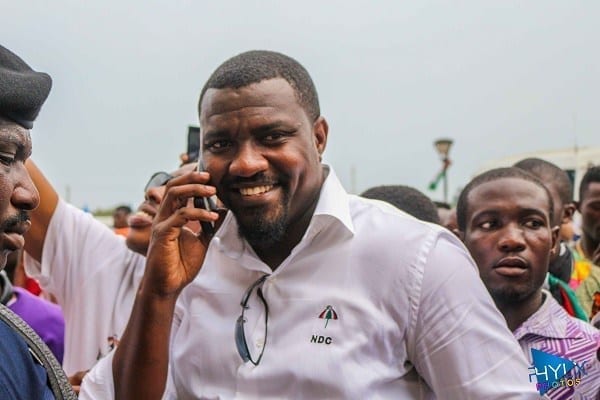 According to him, the ruling NPP may consider Chief Kufour as a compromise to quench the simmering tension between the wives of the late Member of Parliament for the area, Emmanuel Kyeremanten Agyarko who have clashed over the seat of their late husband.

“I have heard that ex-president Kufuor’s son, Chief Kufour is interested in the Ayawaso seat. So maybe as a compromise, the NPP will go for Chief Kufour because usually by-elections like the NDC one, some names have started popping out. If the person who contested in 2016 wants to contest, maybe the party may decide that given time and other factors, he should be allowed to contest but if he’s not ready to contest then others will want to contest for it” he told Kwaku Owusu Adjei on Anopa kasapa on Kasapa Fm.

He also mentioned that actor John Dumelo on the other hand is among three persons who the opposition National Democratic Congress may be considering to take up the seat.

“One of the person’s from the NDC side is actor John Dumelo, Dr. Yaw Ofosu Mensah who is a lecturer at the University of Ghana and Naa Lamptey” he said.

Meanwhile a youth group, made up of polling station executives and some students of the University of Ghana have endorsed the candidature of Madam Lydia Alhassan, the alleged second wife of the late MP.

They have signaled to the NPP to present Madam Lydia Alhassan as the parliamentary candidate or they will boycott the elections.

Ben Ephson has however warned that steps should be immediately taken by the party executives to restore calm and merge the two factions before it degenerate into losing the seat.

“Looking at what is happening between the two women now, it is possible if care is not taken it will affect the party’s chances of holding onto the seat. I believe the party must immediately take steps to solve the issue so that they can present a candidate everyone will be okay with” he said.