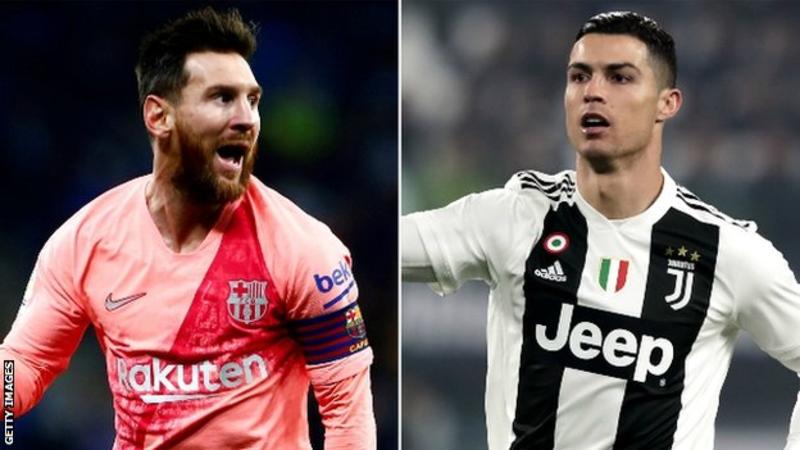 Juventus forward Cristiano Ronaldo has challenged Lionel Messi to leave Barcelona and sign for a club in Italy.

Portugal international Ronaldo joined Serie A champions Juventus from Real Madrid in a £99.2m deal in the summer.

“I hope he accepts the challenge like me, but if he’s happy there then I respect that.”

Ronaldo spent nine seasons at Real Madrid after arriving from Manchester United in 2009, with Messi having spent his whole career at La Liga rivals Barcelona.

Asked if he missed Messi during an interview with Italian press, Ronaldo added: “No, maybe it’s him who misses me.

“I’ve played in England, Spain, Italy, Portugal and for my national team, while he’s still in Spain.

“Maybe he needs me more. For me, life is a challenge, I like it and I like to make people happy.

“He’s a fantastic player and a good guy, but I don’t miss anything here. This is my new life and I’m happy.

“I left my comfort zone and took on this challenge here in Turin. Everything has gone well, I’ve proven I’m still an incredible player.”