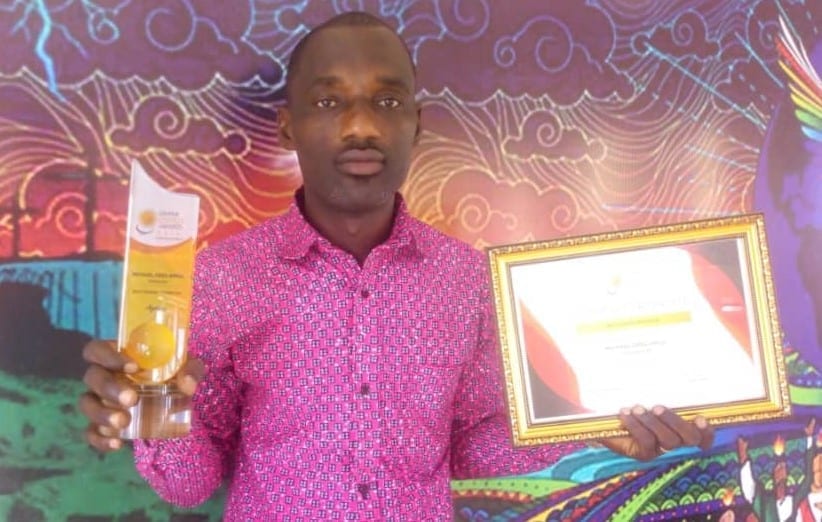 An Accra-based journalist with Oman FM, Michael Creg Afful, has been acknowledged and awarded accordingly as the Best Energy Reporter of 2018.

The award, which is an initiative of the Ghana Energy Awards, is aimed at encouraging and appreciating journalists who are keen on bringing to fore, the happenings in the energy sector of the country.

Mr Afful’s demonstration of strong passion to educating and informing the public with his broadcast news and publications in the The Chronicle and other newspapers, earned him the prestige award against other nominees for the category.

Among some of his notable articles were: ‘Illegal Electricity Connection’ and the ‘Controversial Ameri Power Deal’, which led to the dismissal of the former Energy Minister, Boakye Agyarko.

In his remarks to acknowledge the honour bestowed on him by the Ghana Energy Awards, Mr Afful said the award was a recognition of his hard work and effort to help Ghanaians appreciate the contribution of the sector.

He went on to say that, apart from covering energy events, he was able to bring together, on a single platform, all the energy sector Public Relation Officers (PROs) to deliberate and update other members about the happenings in the sector.

“In fact, not only the PROs, I updated all those who mattered in the sector including CEOs of what was happening in Ghana and outside the country on daily basis,” he added.

He commended the organisers of the awards for recognising his contributions in the energy sector.

NDC Race: Mahama takes early lead with 608 out of 641 votes at Bodi