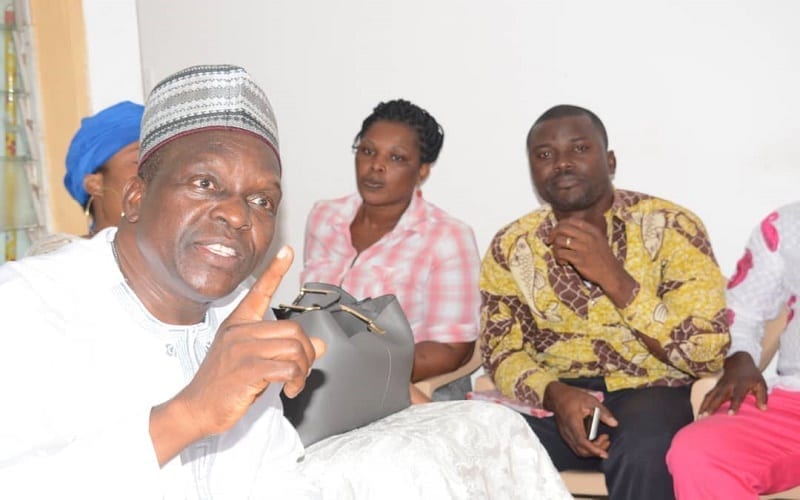 The Second Deputy Speaker of Parliament, Hon. Alban Sumana Kingsford Bagbin, wants him to be counted among the flagbearer aspirants of the opposition National Democratic Congress (NDC) who did not pick a nomination form on December 4, 2018, deadline for doing so.

Although it has emerged that one Mr. David Jawara led some group of members to the party’s headquarters in Adabraka, Accra, to pick the nomination form on behalf of Hon. Bagbin, the former Minister of Health said the group did so without his consent.

Mr. Jawara has admitted on several media platforms the group made the move without the knowledge of the Nadowli/Kaleo legislator.

Interacting with sit-in-host of Anopa Kasapa, Akwasi Nsiah, on Kasapa FM, Wednesday, over whether he authorized the picking of the nomination form on his behalf, Hon. Bagbin who is also seeking to lead the umbrella family said “I am not aware of that. I did not send any person to go and collect any form on behalf of me, no”.

When asked whether he could be counted among those who did not pick the nomination forms as at the close of Tuesday, December 4, 2018, Hon. Bagbin retorted “Add my name. We have petitioned and we are waiting for a response from the Council of Elders. We have not yet received any such response and so we are committed to the points that we raised there because there have been serious issues that we raised. We want the NDC to be organized properly; we want the right thing to be done; we want the interest of Ghanaians to be our number one priority and so we are expecting a response. Until we get that – please we are not in this business for ourselves, we are in this business for Ghanaians and Ghana”.

As at the close of Tuesday, five aspirants who declared their intent to contest the NDC flagbearer position had picked nomination forms. They include; Hon. Alban Bagbin, Stephen Atubiga, Sylvester Mensah, John Dramani Mahama and Prof. Joshua Alabi.

According to the General Secretary of the party, Johnson Asiedu Nketiah, the nomination forms for the five aspirants were all picked on their behalf by somebody.

When Hon. Bagbin was again asked whether raising the GHS420,000.00 was an issue for him, he answered in the negative.

“That is not the issue at all. The main issue is legal and then we can go to the conduct and behavior of others and then also we can talk about what we stand for as a party. But the main thing is that we are going according to some guidelines which they are not just passed by the National Executive Committee (NEC). Our constitution is very clear that that can only be done in consultation with the Council of Elders. The Council of Elders as I am aware were not consulted and they themselves have come out to admit that they have not been consulted. And so these guidelines have no effect. And so whatever they [NEC] are doing is nullity and it is null and void. The quantum is not an issue of what we stand for; it is an issue of morality and we can debate that one but the legal issue is the main one”, he posited.

Hon. Bagbin together with some other aspirants have petitioned the Council of Elders of the party challenging the legality of the procedural requirements for issuing guidelines for the conduct of the presidential primaries quoting Article Article 42 (f) of the party’s constitution to back their claims.

Article 42 (f) of the NDC constitution makes consultation with the Council of Elders a requirement for issuing guidelines for the conduct of presidential primaries.