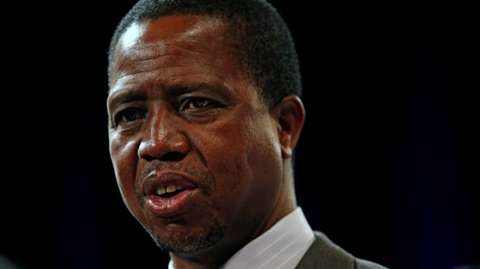 Zambia’s Constitutional Court has ruled that President Edgar Lungu can stand in presidential elections due in 2021, reports Reuters news agency.

The court found that he would not be breaching a constitutional two-term limit, the agency reports.

It said in its ruling that this was because Mr Lungu’s first period in office lasted only one year and six months, when he took over after the death in office of the previously elected president, Michael Sata.

Mr Lungu argued that the constitution says a president is only deemed to have served a term if he is in office for at least three years.