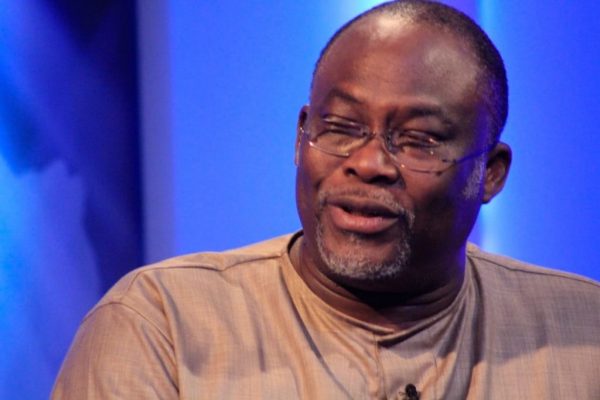 Ekwow Spio-Garbrah, a flag-bearer aspirant of the National Democratic Congress (NDC) , says he has what it takes to change the minds of Ghanaians to vote for the NDC if elected to lead the party in the 2020 general elections.

According to him, he changed the minds of Ghanaians to accept the Value Added Tax (VAT) after an earlier attempt faced a fierce resistance by the opposition New Patriotic Party (NPP).

“And in the same way, I can change the minds of Ghanaians to vote for NDC within 18 months after winning the NDC primaries, “he said.

He was interacting with NDC delegates in the Tema East Constituency on Thursday, ahead of the January 26 presidential primaries.

He recounted how former President Jerry John Rawlings solicited his help in explaining to Ghanaians why Mr. Kwow Nkensen Ackaah, then Vice-President to President Rawlings, was campaigning also to become Vice-President to then-candidate John Agyekum Kufuor.

He said Ghanaians still remember the campaign promises of the NPP even though they were lies which could not be fulfilled, but they could not remember NDC campaign promises because the party failed to communicate to them during the 2016 general elections after resorting to gimmicks that did not help.

Responding to the need to bring former President Rawlings back to campaign for NDC in the general elections, he said, “President Rawlings wants to see a party that upholds its own values, the values of probity, integrity and accountability.”

“In fact, it’s disappointing over the years that some elements within the party are moving the party away from those values to what people think it’s a monetization culture, and if we seem to be following those values, I am sure Rawlings would be happy to come and campaign for the party.”

He said it was important to acknowledge the work done by past leaders of the NDC, adding that, “Don’t enjoy the benefits of NDC and not want to honour the fathers of the party. That’s the only way to build on what they’ve done.”

He pointed out that the competition for the NDC flagbearership was among friends and brothers and that whenever a seat was vacant in any setting, it beheld on anybody who was qualified to put themselves up for leadership.

He told the delegates that he came to them so that when they visit him at the seat of government after has he become president of Ghana, he could recognize them.

“I won’t sit at the Flagstaff House and allow security and protocol officers to stop you when you want to see me. I’ll have regular interactions with you at the party headquarters,” he promised.

He asked the delegates not to allow anybody to buy them “so that when you go for national elections we end up losing.”

He pleaded with them to put the right person into office to prevent the NPP from having the opportunity to accuse the NDC government as corrupt.

Dr. Spio-Garbrah is one of the seven candidates vying for the NDC Presidential ticket.