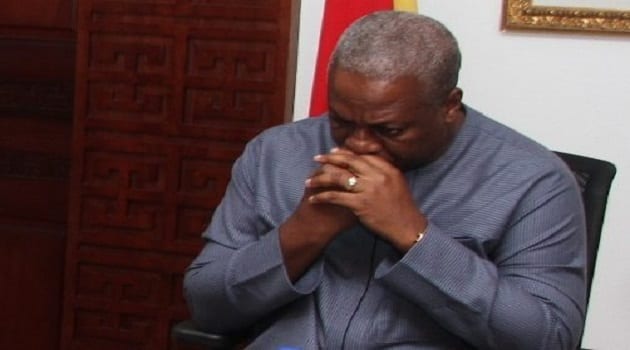 A stalwart of the ruling New Patriotic Party(NPP) Stephen Ntim has said Ghanaians have the right to question the NPP at the end of its term over the massive corruption tag against the esrtwhile Mahama administration, if no appointee of the former leader is jailed for corruption.

In an interaction with host Kwaku Owusu Adjei on Anopa Kasapa on Kasapa 102.5 FM,  Mr Ntim said there is ample time for the Special Prosecutor to deliver on all alleged corruption cases before the 2020 general elections.

But he was quick to add that if this fails, the ruling NPP must know that they have shot themselves in the foot over the alleged rot under the Mahama government.

“I just told you we have the Special Prosecutor’s Office in place already, so all we are looking forward to is for him to take action. However, if come 2020 general elections the corrupt persons are still walking free, then there is a genuine question for Ghanaians to ask about all this, whether indeed there was any evidence at all pointing to acts of corruption against Mahama and his appointees,” Ntim told Kasapa Fm.

John Mahama has been accused by the NPP of superintending over the worst corrupt regime in the history of this country, most of which he allegedly supervised during his tenure.

“…need we remind them of the GYEEDAs, the SADAs, the SUBAs, the Amajaros, the Smarttys, the Brazil World Cup scandals, the Woyomes, the Isofotons, the Watervilles, the Fortives, the Kanazoes [where Mahama accepted a “bride” of a Ford Expedition from a Burkinabe contractor]? Need we remind John Mahama of the uncountable corruption scandals, most of which he personally supervised during his tenure? Need we remind John Mahama that one of the reasons for his unprecedented electoral humiliation at the 2016 polls was because of his personal involvement in a lot of these corruption scandals?” a statement by the NPP attacking the former leader said.

Ghanaians are looking forward for a number of Mahama appointees to be thrown to jail after the then opposition NPP (Now incumbent government) accused former President Mahama and his appointees of engaging in corrupt deals.

The Special Prosecutor has been criticised for acting slowly on his mandate to prosecute  such government appointees involved in corruption.

Nonetheless, the NPP is hoping for the narrative to change ahead of the upcoming general election as it was a major campaign message to jail any appointee from the previous government who misapplied public funds.