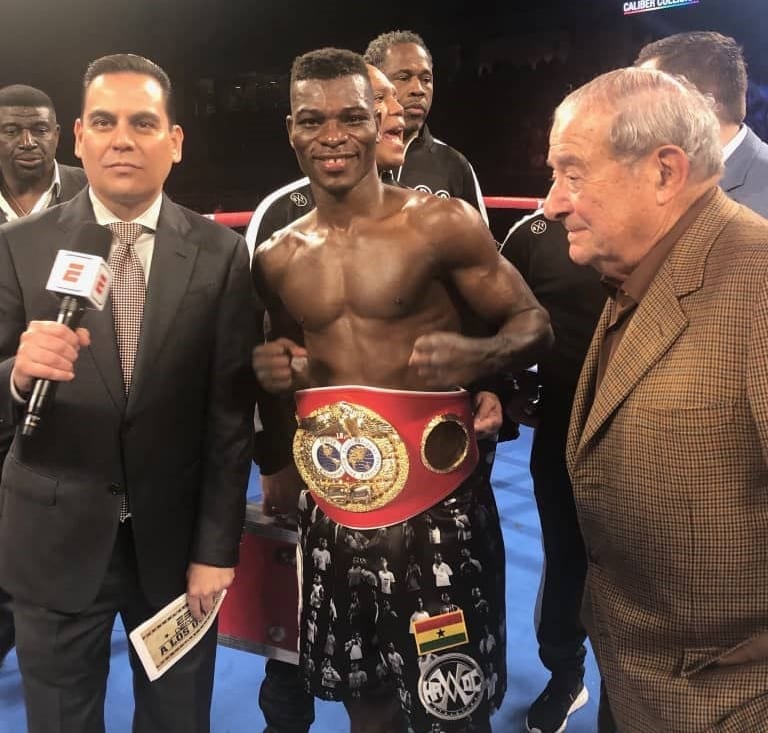 A left hand by Commey blasted Chaniev, 26, early in Round 2 to produce a second knockdown. Moments later, Commey, 31, pounced and banged the Russian with a left uppercut, right-hand combination that ended matters.

Commey’s only two pro defeats both came in 2016, and many media members believed he deserved the nod in each fight. First, he dropped a split decision to Robert Easter in his only other bid for a title. Next up was Denis Shafikov, who outpointed him in the same manner.

Lomachenko is rated No. 1 by The Ring pound-for-pound, but he’s best suited for 126 pounds. Commey, a physical specimen, will enjoy a considerable size advantage. It’s shaping up as a tough challenge for the two-time Olympic gold medalist. 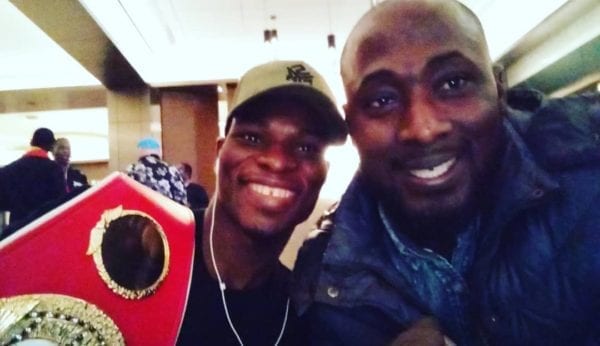 Commey in exclusive interview Kasapa Sports said: “I won this title through hard work and determination because the kind of training here is not a joke, it got to a point I realized that staying in Ghana would not help so I had to relocate and my decision has paid off”.
“For now, my management team is working hard on my next step in my career so I won’t talk about my next opponent I would like to sit back and enjoy my world title,” Commey told Adam Adjei

“I feel wonderful, I feel blessed in fact Commey is like a nephew to me and tonight he has put up a magnificent enactment and I’m proud and excited for his exploits, in the next few years trust me he will be a pound for pound favourite” Commey’s Head Trainer Andre Rozier added.

Furthermore, Coomey’s Manager Michael Amo Bediako added that, it’s been a very long journey but he always had the believe that Richard Commey was one day going to be a world champion and he is proud of him that their dream has come into reality.

Commey now becomes Ghana’s 9th world champion and will have a chance to unify the division on April 12, against Vasyl Lomachenko.