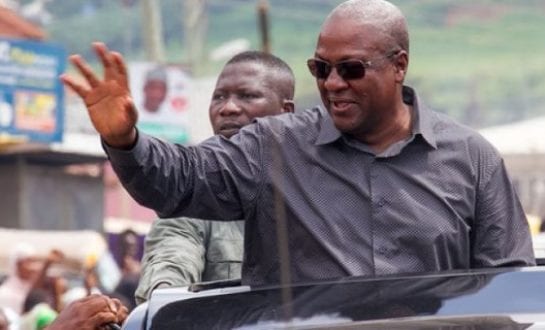 Former President John Dramani Mahama remarkably did not prioritize the well-being of locals up-north, where he hails from, that is the contention of Former Northern Regional Chairman of the ruling New Patriotic Party (NPP), Daniel Bugri Naabu.

He wondered why as a a true son of the north, Mr Mahama will turn his back on the expectations of the northerners.

“His Excellency John Mahama showed to everyone that he had no vision or plans for the people of the north and even if you look at the commitment Nana Addo has shown in implementing the Dagbon peace roadmap and compare to that of John Mahama when he was in power you will see that John was never ready to help his own people, not even the creation of the Savannah region.” Bugri Naabu said in an interview with news portal WatchGhana.Com.

He said it’s absurd for Mr Mahama to allow a southerner to rather end a protracted dispute in his own backyard.

“It is a shame for His Excellency John Mahama [a Northerner] to sit apathetically for Nana Addo from all the way Kyebi to come and resolve Dagbon Chieftaincy dispute and also create two more regions for northerners, which John Mahama is a beneficiary”.

He noted, if Ghana will give President Akufo-Addo another term, Ghana would be the best place for all to live, commending his vision and commitment to restore ‘lasting’ peace in Dagbon and creating six new regions.