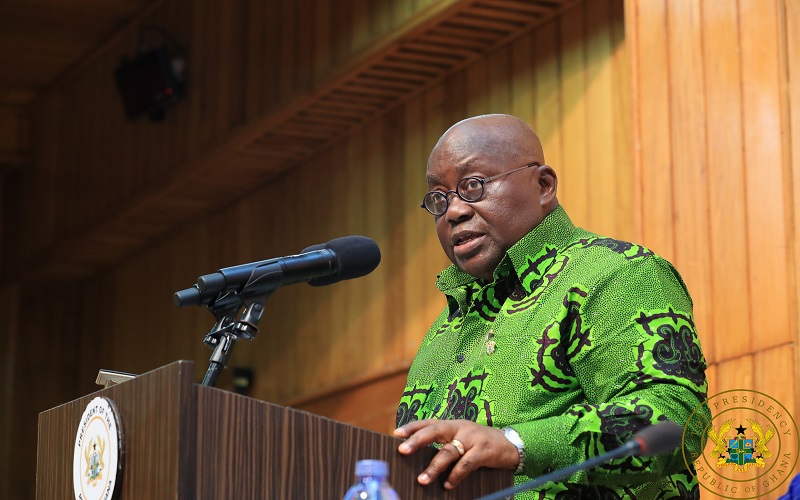 According to them, they expected to hear more from the president in giving direction as to how and when their locked up cash will be paid them.

“We expected the president to tell us how the government is going to repay our monies but we didn’t hear that and its worrying” spokesperson of the aggrieved customers, Kwabena Bonzo told Accra based Citi Fm.

President Akufo-Addo broke his silence for the first time after the Menzgold issues started in August 2018, pledging to ensure that such schemes created to swindle Ghanaians are aborted before birth.

He made the pledge during his third State of the Nation Address in Parliament Thursday, indicating that the establishment of a financial Stability Advisory Council will help curb such menace that may arise in future.

“The MenzGold debacle is a tragic phenomenon that appears to have occurred in plain sight, and affected a lot of people, in spite of warnings from official institutions. The existence of a body such as the newly inaugurated Presidential Financial Stability Advisory Council would have forestalled the emergence of the Menzgold saga, and will make it difficult, in future, for any such scheme to get off the ground” he said.

Meanwhile, Finance Minister Ken Ofori-Atta has revealed that about GHC200 million of depositors cash is held up at the collapsed gold dealership firm Menzgold.

According to Mr. Ofori Atta, the government is aiming to sell confiscated assets of the firm in order to pay its aggrieved customers.

“I think we have come up with the realisation that maybe over 200 million and change is outstanding… He (Nana Appiah Mensah) has been apprehended in Dubai and I am sure a committee will be put together to see how to liquidate and whatever it is that can be found can be given to those who gave money,” Mr Ofori-Atta said.

“But, government is not going to be spending for issues of this nature where we are very clear that it is not licensed and you know the risks that you have taken,”  he noted during an interaction with officers of the Ghana Armed Forces at the Burma Camp in Accra Thursday.