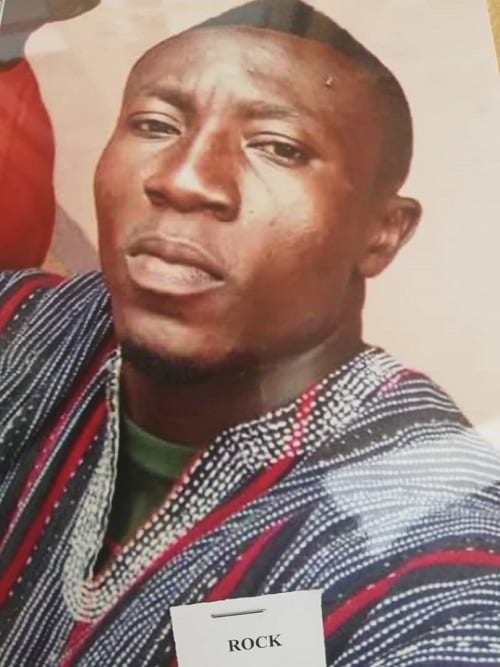 One of the suspects on Police wanted list in connection with the killing of an NDC supporter in Kumasi last Monday, has said he’ll willingly turn himself in because he’s innocent.

‘Rock’, as he’s popularly known has strongly condemned the publishing of his picture in both the traditional and social media by the Police saying he’s not engaged in any crime hence wonders why he’s on the police wanted list.

Abdul Wasiu, was gunned down at the NDC Regional Office by one Hussein Bari alias “Warrior” a member of the pro-NDC vigilante group the ‘Hawks’ during an altercation and has since gone into hiding.

A release by the Command said so far 12 suspects are on the Police radar and being pursued by the Command and urged the general public to assist it with information that will lead to the arrest and swift prosecution.

In an interview, Rock stated that since he’s confident that he’s innocent of the crime he will voluntarily turn himself in to the Police.

“I’m not a criminal, the Police have been able to identify the murderer and so why have they attached my picture with his and have declared me a wanted person. Upon hearing the news of me being wanted by the Police, my mother collapsed and is currently hospitalized. If she had died she would have died a needless death because I’m innocent of the crime. I’ve been off radio for the past few days and suddenly I’ve had several calls from relatives and loved ones worried that I’m wanted in connection with the killing of Wasiu.My relatives then started sending me my picture as published by the police. I’m shocked about that.

“I’m a peaceful and law-abiding person, I organized the peace match between Ahwia Asante-line and Ahwia Zongo after the violence that erupted in that area. That match was witnessed by officers of the National Peace Council. I walk about without any fear because I know I’m innocent. I would have attended to an invitation from the Police to question me on this matter if they had called me, It is wrong for them to publish my picture. I will not wait for the police to find me anywhere in town, I’ll personally go to them. God will fight for me,” Rock added.