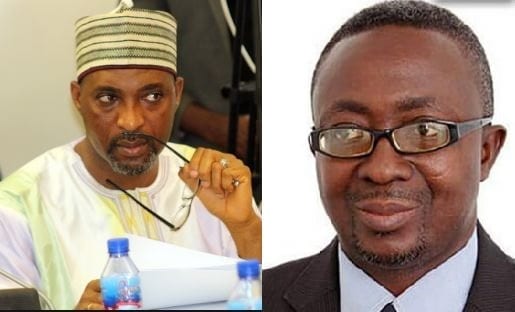 Both the Majority and Minority Chief Whips of the Parliament of Ghana have been directed by the First Deputy Speaker to facilitate the establishment of a joint committee towards the preparation of a baseline report for the 1% allocation of Gross Domestic Product (GDP) to the development of the country’s Science and Technology.

Hon. Kwasi Ameyaw-Cheremeh and Hon. Mohammed-Mubarak Muntaka who have been assigned this responsibility are to develop modalities and present a report to Parliament within a month.

The Speaker’s directive follows a statement by the New Patriotic Party (NPP) Member of Parliament (MP) for Oforikrom, Dr. Emmanuel Marfo, who commended the policy by the President and indicated that inadequate resource allocation to public research institutions has been identified as a major reason the country has not been able to develop Science, Technology and Innovation (STI) since independence.

According to him, an analysis of the 2019 budget allocations, using the 2018 GDP of some US$51billion reveals the gravity of the challenge the President has committed to.

“If we were to commit a 1% of GDP to Research and Development, we should have allocated some GH₵2.3billion. If one takes the GoG budget allocation for MESTI from 2015 to 2019 as a proxy for R&D, government could be said to be achieving only 8.5% of the 1% GDP target and indeed using the entire Ministry’s budget will bring the figure to only 18%”, he noted.

In spite of the difficulties and challenges that government is faced with, he also stated that there is no reliable data on the levels of Ghana’s spending on R&D even to provide a basis for a credible scientific analysis. .

“As of today, the global spending on research and development stands at US$1.7trillion and only some 10 countries account for 80% of this”, Dr. Marfo noted.

Ghana has subscribed to a number of continental-level obligations to commit at least 1% of GDP to the development of science and technology.

The National Democratic Congress (NDC) MP for Pru East, Dr.Kwabena Donkor, in contributing to the statement, lauded government’s policy to allocate 1% for the development of Science and Technology but reckons the percentage is inadequate and that it should be increased.

On her part, the Deputy Minister for Environment, Science Technology and Innovation, Patricia Appiagyei disclosed that the Ministry is working on a legal framework as far as the policy is concerned to ensure that it gets a legal backing for its implementation.

Election 2020: Akufo-Addo win will be a great disadvantage to Asanteman – Muntaka

Vigilantism Bill: Muntaka warns against how the state should treat land guards