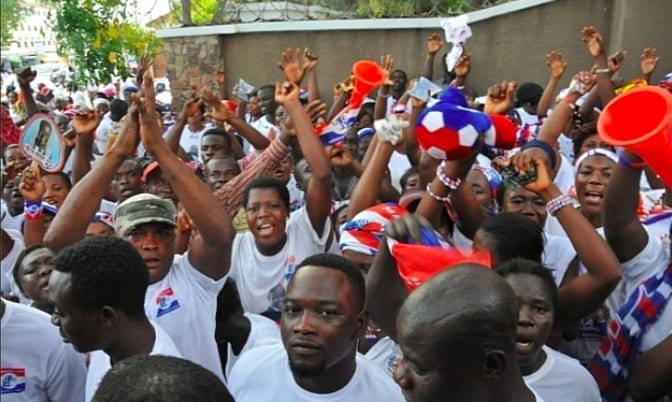 The Government has started the process of recruiting New Patriotic Party (NPP) boys who are to be trained as election security team, kasapafmonline.com can authoritatively report.

The main job on the line for this election security team is to closely monitor the 2020 elections starting from the re-opening of the voters register through to the actual elections.

They are to keep this task going until the final declaration of the election results.

A list of eleven people including a leader from each of the constituencies in the NPP, Upper West Region, are to be submitted for recruitment, a letter dated January 28, 2019 signed by the Upper West Regional Security Liaison Officer, Capt. Simon Ansu Tengabo (Rtd) and addressed to the NPP Regional and Constituency chairmen, Upper West Region, a copy of which has been intercepted by kasapafmonline.com, has requested.

This follows a revelation by the National Chairman of the People’s National Convention (PNC) Bernard Mornah, Friday, who alleged that he has information that the government is training thugs to cause mayhem in the country during the 2020 general elections.

Mornah’s allegation was premised on a letter he claimed he has intercepted from the Techiman Police Commander requesting the NPP to submit the names of persons his command will be training for next year’s elections.

The Jubilee House is yet to comment to this allegation.

According to the letter, “After their training/orientation, the teams will in turn select and also train polling stations elections security teams to cover all polling stations in your area”. 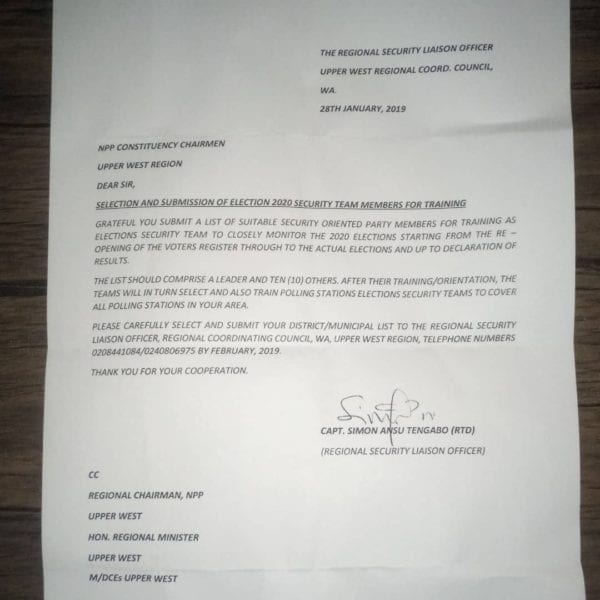