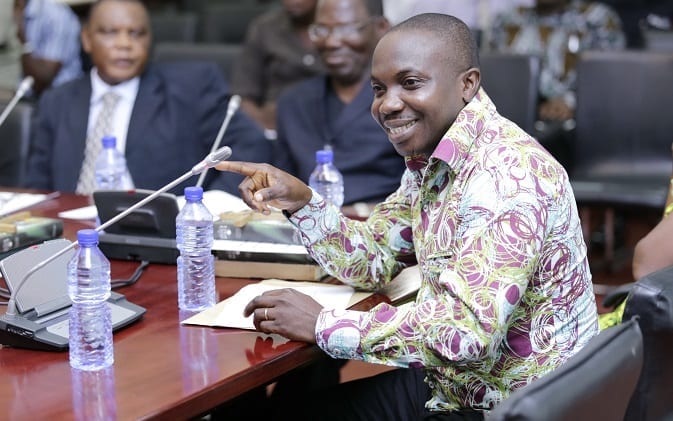 A State Auctioneer, Alexander Adjei, is set to be banned by Parliament for a period of two years after the legislature adopted the report of its Public Accounts Committee (PAC) on the performance Audit Report of the Auditor-General on the disposal of government vehicles by the Ministry of Food and Agriculture (MoFA) and Ghana Health Service (GHS).

Mr. Adjei would also be re-examined on his competence after the ban prior to granting him a license to operate again in the country.

This follows a recommendation by the Committee to the plenary to sanction the State Auctioneer with a period not less than two years.

The Committee’s report also captured that Mr. Adjei who conducted 24 auctions for the MoFA did not merit a 7% commission paid him.

The report explained that the auctioneer admitted during the public hearing that the vehicle were already sold and allocated to MoFA staff before he arrived at the Ministry.

The Committee also noted that there was lack of transparency in the auction process by the auctioneer, as the process contravened the Auction Sales Act, 1989 (PNDCL 230).

The Act requires that goods for sale be advertised in the national daily newspapers to allow for transparent, free and fair competitiveness before auction.

However, out of the 24 auctions conducted, only one was advertised in Ho, in the Volta Region, the remaining 23 auctions were not advertised, the report noted.

Even the Volta Region publication, according to the PAC report, was done on the 3rd and 4th of July 2013, adding that “the situation did not afford members of the public ample time to participate and to bid for the highest possible price, thereby denying the state the much-needed revenue”.

The Committee blamed the development on lack of advertisement as a result of lack of competition leading to loss of revenue for development.

PAC also questioned the professional competence of the auctioneer, as the report said he appeared ignorant of the laws regulating his profession during the public sitting.

The auctioneer in trying to prove his competence, stated that he had been in practices since 2007 and had assisted more than five ministries to undertake auctions, including the Attorney-General, the report further noted.

“The auctioneer just used his license to unlawfully authenticate the illegality committed by the Ministry. The State, therefore, lost the opportunity to attain possible price the staff could have paid through competitive auctioning among themselves”.

“The Committee, therefore, was of the view that there was a deliberate collusion between the auctioneer and officials of the Ministry to set aside guidelines for auction, and to operate in a way that benefitted individuals to the detriment of state”.

‘Blame Joseph Osei Owusu for brawl in Parliament not me’ – Bagbin

‘We can’t enter parliament to enforce law and order’ – Police