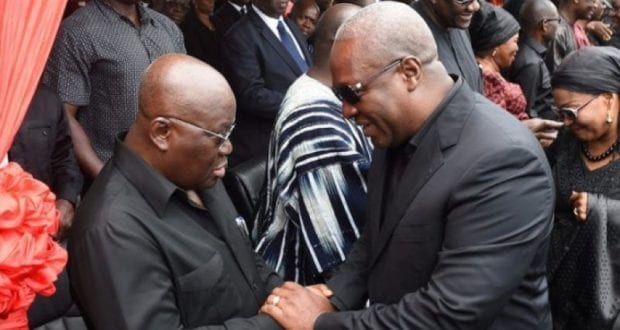 Former President of the Republic, John Dramani Mahama, says he is yet to see any impact the governing New Patriotic Party (NPP) under the leadership of President Nana Addo Dankwa Akufo-Addo has made in the lives of Ghanaians having been in power for two years, one month and eighteen days.

In a tweet last Friday, February 23, 2019, mocking the President Akufo-Addo, Mr. Mahama was upbeat that the change that Ghanaians were yearning for, hence, the rejection of his administration in the 2016 general elections, has not brought about any positive outcomes.

Comparing his administration to that of Akufo-Addo, the former Ghanaian Leader said Ghanaians are better judges of the two considering the slow pace at which the country is growing.

The tweet, which also targeted delegates of the opposition National Democratic Congress (NDC) prior to their presidential primary, made a passionate appeal to the umbrella family to look nowhere than to vote for him since he has something to offer.

In another tweet, Mr. Mahama said he is finding it very difficult to believe why the government under Akufo-Addo despite borrowing US$50billion in just two years, still have nothing to show for it.

“Govt is borrowing at a faster rate than ever before – $50bn in just two years, and they still have nothing to show for it. Check what my govt did with the loans that we took – schools, hospitals, airport terminals, roads, and lots of social infrastructure”.