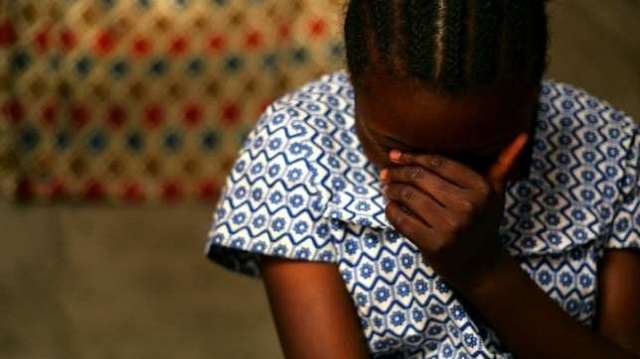 A fifty year old Church Elder, Kwabena Asiamah has been declared wanted by Police at Asenyansu in the Afram Plains South District in the Eastern Region after impregnating his 15 year old step daughter.

According to Okyeame Twum, few weeks ago, mother of the victim, Madam Ante Yaa reported the incident to Nananom to ensure the matter is addressed since the act perpetrated by the husband remains a taboo.

Reports say, her husband committed the act few months ago when they’d gone to farm at a different village leaving the daughter alone at home.

Mr. Kwabena Asiamah, according to Ante Yaa returned to the house later, where he had the opportunity to have sex with the step daughter and impregnated her.

The matter was later reported to both Tease Police station and the chief of the town, where the step father during a meeting at the palace confirmed sleeping with his own step daughter.

Currently Agya Kwabena has fled the town-Asenyansu,while the police have declared him wanted.

Meanwhile the Church(Christ Apostolic Church,C.A.C branch in the area, where he[Kwabena Asiamah] fellowships has disowned him saying he’s a former member of the Church.

Church elder hacked to death with other aid workers