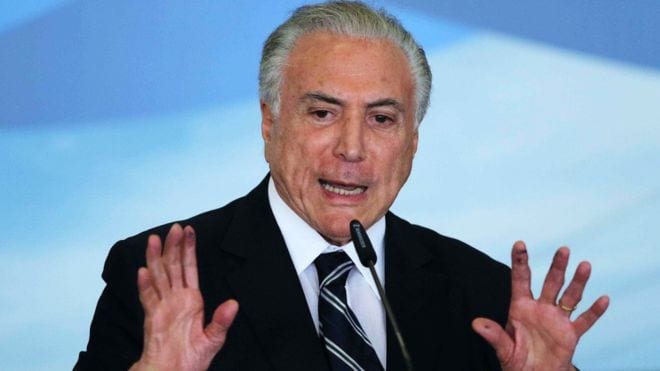 Former Brazilian President Michel Temer has been arrested as part of a wide-ranging corruption investigation.

Mr Temer, a 78-year-old lawyer who served as president from 2016 to 2018, is being investigated in several cases.

He has consistently denied any wrongdoing. His arrest was considered imminent after he lost his legal protection when he left office.

Many politicians and business leaders have been convicted or charged as part of the so-called Operation Car Wash.

Mr Temer took over the Brazilian presidency in August 2016 following the impeachment of Dilma Rousseff, a process in which he played a key role. He was replaced in January by Jair Bolsonaro.

Local media say police had been trying to trace Mr Temer since Wednesday. He was arrested in his hometown of São Paulo.